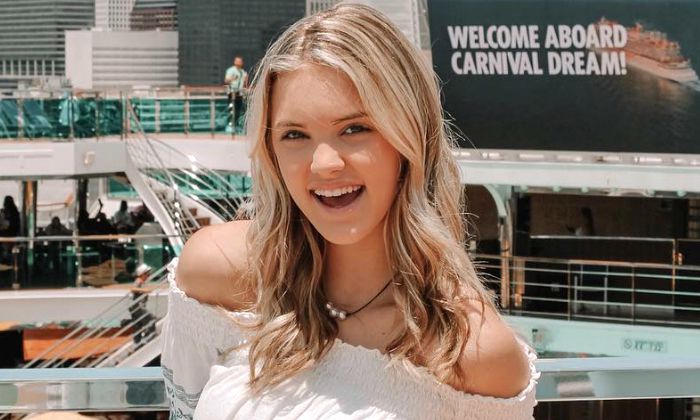 Who is Paige Mackenzie?

Paige Mackenzie is an American TikTok star and social media personality who is immensely popular for her lip-sync and dance videos on the short-video uploading app, TikTok. She has managed to earn over 3.7 million fans on her verified account “paigemackenzie”. She has garnered over 2.5 million fans after October 2018. Paige started developing an interest in social media as a teenage girl, especially musical.ly app drawn in her interest and eventually joined the platform and the rest is history.

Paige Mackenzie was born on the 5th of November 2002, in the United States of America. She is currently 17 years old.

Regarding her personal life, very little did she share about her family or her early life. Although details about her family are currently unknown, she has an older brother named Corbin, who recently graduated from high school.

Furthermore, Paige has also not revealed anything about her educational background. However, considering her age, she should be pursuing high school.

Undeniably, Paige Mackenzie is a stunningly beautiful blonde who has already won millions of hearts with her infectious smile and cute expressions. Her Instagram pictures are quite evident to prove that she is an epitome of beauty that will make your heart skip a beat. However, she is very reluctant when it comes to her private life and prefers to keep that aspect of her life hidden off the public eyes.

Paige Mackenzie, as a teen, discovered her passion for performing arts and realized that social media is the easiest way to showcase her talents. She joined musical.ly app and began uploading lip-sync videos featuring cover songs, comedy skits and other things.

She started to gain popularity and after the merger of musical.ly with TikTok, she became more famous with her videos earning millions of likes and hearts. Mackenzie has over 3.7 million fans on TikTok.

She has a self-titled youtube channel with more than 200k subscribers on which she uploads videos including TikTok tutorials, makeup and beauty vlogs, and Q&A section.

She is also a dancer and singer. Her lip-sync video to Jessie J song “Price Tag” which was captioned as “What are your plans for Thanksgiving?” was one of her most popular and favorite videos.

Paige launcher her online career at the age of 14 years old.

Paige Mackenzie is a member of cameo.com, an app that allows creators to earn money by recording a video and uploading them on their social media page on people’s requests.

Her favorite singer is Jessie J.

She has a cat and a dog.