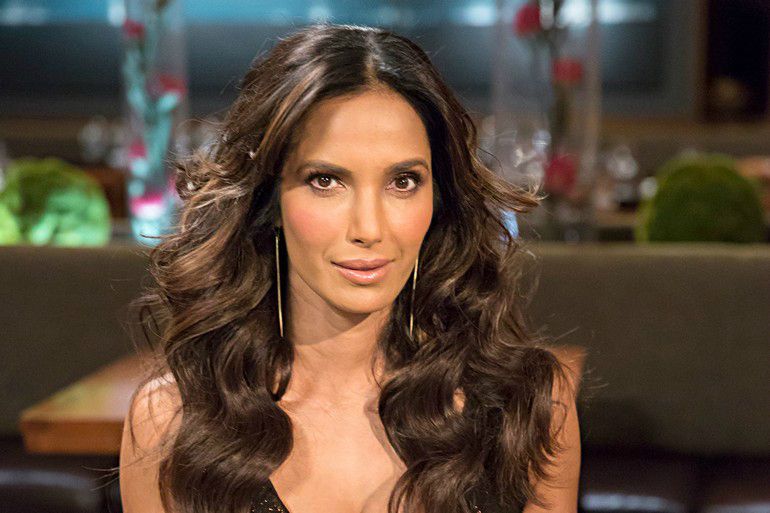 Who is Padma Lakshmi?

Padma Lakshmi is an Indian-born American model, television host, and author probably best known for her work on Top Chef. She has been presenting the show since season 2, which earned her a Primetime Emmy nomination for Outstanding Reality Host in 2009. As an author, Padma has released three cooking books and a memoir. She has acted in a handful of television shows and movies, including The Mistress of Spices, Sharpe, Whose Line Is It Anyway?, Exclusion, and Butterbean’s Café.

Padma Lakshmi was born on the 1st of September 1970, in Chennai, Tamil Nadu, India. She is currently 50 years old.

Padma Lakshmi is the daughter of Vijaya, a retired oncologist, and Vaidyanathan, a retired executive with the pharmaceutical company Pfizer. Her parents separated when she was a toddler and they each remarried later. She has a younger half-brother and half-sister from her father’s side. Her mother remarried an American citizen and moved to the United States.

She attended William Workman High School near Valinda, California. She obtained her BA Honors degree in Theatre Arts in 1992 from Clark University, in Worcester, Massachusetts.

Padma began dating novelist Salman Rushdie in 2000 and married him on 17th April 2014, after being in a live-in relationship for three years. Rushdie dedicated his novel Fury to her. The couple filed for divorce in July 2007 citing personal issues.

Shortly after, Padma started dating venture capitalist Adam Dell, who is the brother of the founder of Dell computers; Michael Dell. Their relationship was short-lived, but during the course of their blissful years, she gave birth to her daughter, Krishna Thea Lakshmi-Dell on February 20, 2010.

She, then, was reported to be dating businessman Nur Khan, who owns a chain of nightclubs and hotels in New York. Lakshmi was also romantically linked with billionaire investor Ted Forstmann, who died in 2011. There were several theories about their relationship. Later, she was spotted hanging out with businessman Vikram Chatwal in 2012. They ended their relationship by the following year. She was rumored to be dating actor Richard Gere in 2014.

In 1995, Padma Lakshmi made an uncredited appearance in a documentary titled Unzipped. Her proper role as an actress came in 2001 with the romantic drama, Glitter.

She has had associated with Carl’s Jr. Hamburgers and Red.

Being an Indian, Padma Lakshmi has earned a reputation in the western world for her contribution to arts. She is also a proud awardee of Emmy awards, who has an estimated net worth of US$50 million as of 2020. She earns $50 thousand per episode of Top Chef. With high-profile modeling and endorsement deals, she makes around US$ 8 million annually.

Lakhsmi lives in a luxury New York apartment which has been decorated with red and soft purples schemes with rare collectibles.

After moving to the United States, Padma had even thought of changing her name to Angelique but decided to stay with her original name.

As a teenager growing up in Los Angeles, Lakshmi was bullied and endured racial taunts from classmates, which caused her to struggle to overcome “internalized self-loathing.”

She landed with modeling at the age of 21, when she was discovered by a modeling scout at a cafe in Madrid, Spain.

Going by her words, she is the first Indian model to have a career in Paris, Milan and New York, where she walked the runway for famous designers like Emanuel Ungaro, Giorgio Armani, Gianni Versace, Ralph Lauren, to name a few.

Her debut book, Easy Exotic, a compilation of international recipes and short essays, earned her fame in the food industry. It was named as the Best First Book at the 1999 Gourmand World Cookbook Awards at Versailles.

She has written columns for renowned publishers including The New York Times, Vogue and Harper’s Bazaar.

Lakshmi is a co-founder of The Endometriosis Foundation of America (EFA), a nonprofit organization, focused on increasing awareness, education, research, and legislative advocacy against the disease.

She was diagnosed with Endometriosis at the age of 36 but she was suffering from the pain since she was young.

She is a global ambassador for Keep a Child Alive organization and also a strong advocate of women rights.

Padma Lakshmi is a multilingual who can speak Tamil, English, Hindi, Spanish, and Italian.