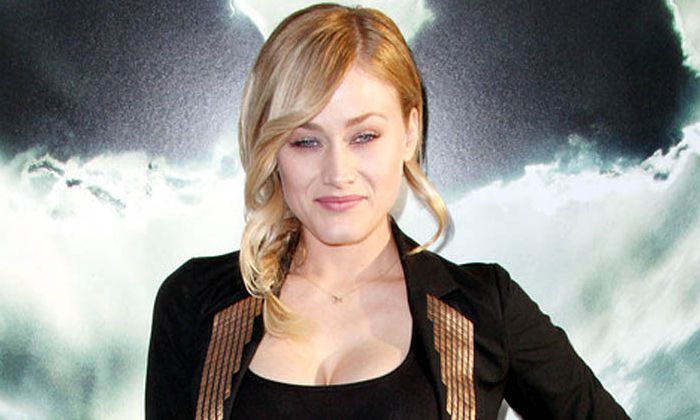 Who is Olivia Taylor Dudley?

Olivia Taylor Dudley is an American actress probably best known for starring in horror movies such as Chernobyl Diaries, The Vatican Tapes, Paranormal Activity: The Ghost Dimension and She Dies Tomorrow. From 2015 to 2020, she played Alice Quinn, a naturally gifted magician, in the Syfy fantasy series The Magicians.

Olivia Taylor Dudley was born on the 4th of November 1985, in Morro Bay, California, United States of America. She is currently 35 years old.

She attended and graduated from Morro Bay High School, located in Morro Bay, California, in 2002. Soon after completing high school, Olivia moved to Los Angeles to pursue a career in acting.

In 2011, Olivia had a guest-starring role in the CBS sitcom NCIS in an episode titled “Freedom”.

She followed it up with several guest appearances in TV shows like CSI: Miami, The Mindy Project, Don’t Trust the B—- in Apartment 23 and Arrested Development before making her breakthrough appearance in the web series called Uproxx Video.

Olivia Taylor Dudley made her big-screen debut with a minor role in the 2007 movie, The Anna Nicole Smith Story, a biographical movie about American model, actor, and TV personality Anna Nicole Smith, which had Willa Ford playing the leading lady. The film had an ensemble cast including Patrick Ryan Anderson, Jake Short, Richard Herd, and Lesli Kay.

In a career spanning more than a decade, Olivia has appeared in a wide range of TV series and films, including the likes of Chernobyl Diaries, The Vatican Tapes, Paranormal Activity: The Ghost Dimension and She Dies Tomorrow.

Her most significant role to date was that of Alice Quinn, a naturally gifted magician, from the hit TV series Magicians, where she starred alongside the likes of Jason Ralph, Stella Maeve, Hale Appleman, Arjun Gupta, and Summer Bishil.

Thanks to her extraordinary performance in the series, Olivia has become extremely popular among the television audience that quickly made her a household name.

Olivia has accumulated a net worth of $1.5 million, earned from her appearances in critically acclaimed movies and television series.

She has starred in television commercials for Adidas and Dickies.

Olivia is the founder of the online sketch-comedy group 5 Second Films.