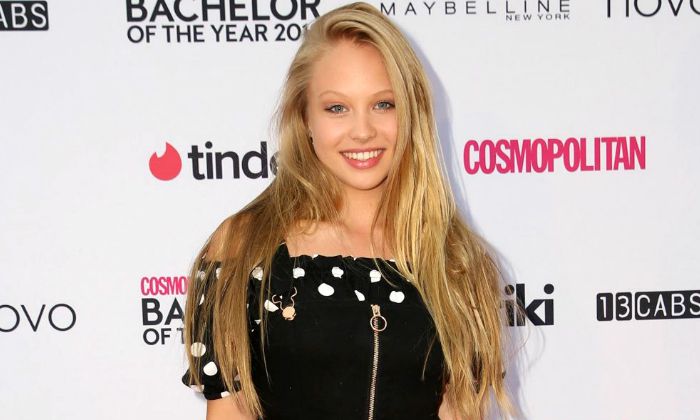 Who is Olivia Deeble?

Olivia Deeble is an Australian actress best known for her starring role as Raffy Morrison in the Australian TV series Home and Away. She first gained fame for playing an athlete Tamara in the multi-award winning Australian kids TV series Little Lunch. She has also appeared in a number of short films, including Roar!, I Remember the Future and Go Fish.

Olivia Deeble was born on the 4th of August 2002 in Balwyn, Victoria, Australia. She is currently 17 years old.

Olivia Deeble comes from a family of legendary actors. Her mother, Kate Gorman, is a popular actress, the daughter of the legendary Australian actors Reg Gorman and Judith Roberts. Her father name is Matthew Deeble. There are not many details about her father. She has two siblings, Ewen Deeble and Matilda Deeble.

There’s no information available about her educational qualification. She has been into acting from a very young age and should have been homeschooled.

Olivia has kept her private life away from the media and thus there is not much information available of any relation she has had in the past or in the present.

Olivia Deeble made her professional acting debut at the age of two-and-a-half years by appearing in Marc Gracie’s film You and Your Stupid Mate.

Deeble’s first television appearance came in 2015 when she was chosen for the lead role of Tamara, an athlete with great expertise on monkey bars, in the Australian kids’ television series Little Lunch.

She earned critical acclaim for her work in the Australian television series Little Lunch and Home and Away.

Details about her net worth and salary are currently not available.

She is the granddaughter of the famous Australian actors Reg Gorman and Judith Roberts.

In 2014, she played Jackie Burns in the multi-award winning science fiction short drama film I Remember the Future.

Her acting career took off after she appeared in a few critically acclaimed short films like Roar!, I Remember the Future and Go Fish.

Growing up, she took ballet and jazz classes and earned accolades as well as solos in the school’s concerts.

In 2014, she modeled for the fashion line Tahlia.

She starred alongside Nathan Phillips in the movie You and Your Stupid Mate.