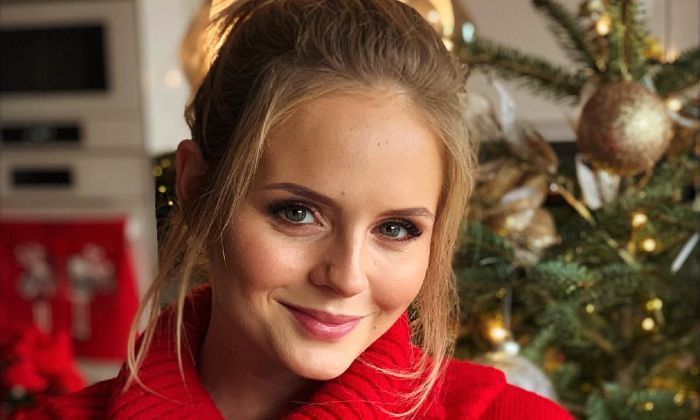 Who is Olga Kalicka?

Olga Kalicka is a Polish actress who has found much success in the polish entertainment industry through her various roles in both movies and TV series. She is probably best known for playing Magda in the comedy TV series Rodzinka.pl as well as for her roles as Justyna Górska in the drama series M jak miłość. She has also had major roles in TV series such as Plebania, Ojciec Mateusz, and Singielka, among many others. Being successful in the acting world, Olga also enjoys a huge following on social media, especially Instagram, a place where you can get a glimpse of her personal and professional life. The account is followed by over 450 thousand followers.

Olga Kalicka was born on the 4th of August 1993, in Piaseczno, Mazowieckie, Poland. She is currently 27 years old.

Concerning her family and her childhood, Olga Kalicka was raised by her parents Danuta and Andrzej Kalicki in Piaseczno. She has Polish ancestry.

While there are not many details to share about her school education as the schools she attended have not been specified, but it is known that she took interest in acting from an early age. She studied acting at the Acting Department of the Theater Academy Aleksander Zelwerowicz in Warsaw.

Olga Kalicka has been in a relationship with her longtime boyfriend Cezary Nowak. They have a son named Aleksy.

Olga Kalicka began her acting career on-stage at the age of seven when she performed in the production of “Tintilo”, which was staged at the Rampa Theater in Warsaw. Shortly thereafter, she became a part of many productions, including “Ania z Zielonego Wzgórze”, and “A Girl and a Boy”.

While studying acting at the prestigious Maciej Pawłowski Original Musical School at the “Roma” Musical Theater in Warsaw, she portrayed Princess Jasmin in the musical “Aladdin JR” directed by Wojciech Kępczyński.

In 2003, she played Ruda in the TV series Na Wspólnej and has since gone a hiatus for five years and returned to acting in 2008 playing Wiktoria Kozakiewicz in the crime drama series Father Mateusz. It just took three years for her to get on the radar, and thereafter, she took up various acting jobs, including major roles in TV series Plebania, Ojciec Mateusz, Rodzinka.pl, M jak milosc and Singielka.

Apart from acting, she was the finalist in the sixth edition of the reality show Dancing with the Stars and co-hosted Polsat’s World of Dance Polska talent show in 2018.

In 2020, she co-founded the fashion brand “Rêves” with Karolina Borowska.

In addition to her native language, she can speak English and some Russian.

She enjoys singing and dancing.

According to various sources, Olga Kalicka has an estimated net worth to the tune of $1 million, mostly earned through her successful acting career. She is likely to continue having a successful career as long as she pursues acting.