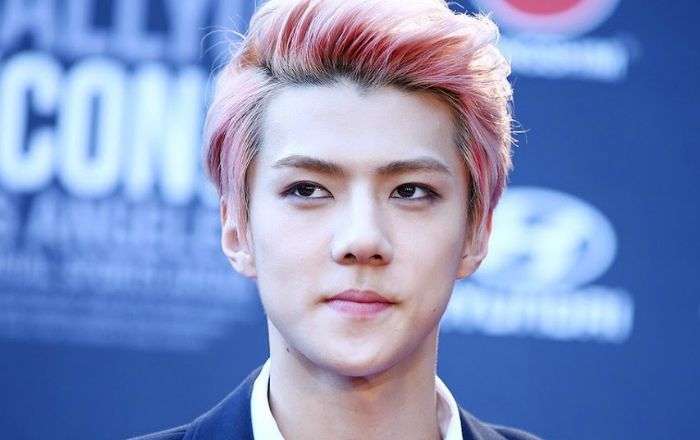 Oh Se-hun is a popular South Korean singer, dancer and actor best known for being the member of the South Korean-Chinese boy group Exo and its sub-group Exo-K. He played Liang Qu in the 2018 romantic fantasy film Catman. He earned lead roles in TV shows like Exo Next Door, Secret Queen Makers and Dear Archimedes. He has garnered an immense fan following on Instagram, on which he has more than 14 million followers.

Sehun graduated from School of Performing Arts Seoul in February 2013.

Oh Se-hun has kept his personal life discreet from his professional life and thus there is not much information available of any relation he has had in the past or in the present.

The boy group Exo made their debut with the extended play Mama in April 2012.

They released their debut studio album, ‘XOXO’ on June 3, 2013 under the labels S. M. Entertainment and KT Music. The album was an instant hit in South Korea and China and sold over 1 million copies.

Oh Se-hun made his screen debut as Liang Qu in the South Korean-Chinese romantic movie, ‘Catman’, which is scheduled to release in 2018.

In 2002, Sehun had a cameo appearance in the drama TV series, ‘To The Beautiful You’.

In 2015, he landed a leading role in the South Korean web series, ‘Exo Next Door’, starring Moon Ga-young and his band members.

Sehun has an estimated net worth of $2 million dollars.

He was discovered by Sm Entertainment when he was 12 years old and gave 4 auditions for 2 years before he was signed up by SM Entertainment in 2008.

Se-hun became the official member of the group in January 2012.

He is the youngest and one of the tallest members of the boy band, EXO.

In February 2016, Sehun was awarded a Weibo Star Award as voted by users of the Chinese social networking site Sina Weibo at the 5th Gaon Chart K-Pop Awards.

He was cast as himself in Netflix’s variety show Busted!

In November 2017, his band was given the Prime Minister Commendation award, which is awarded in recognition of public service or excellence in a particular field.