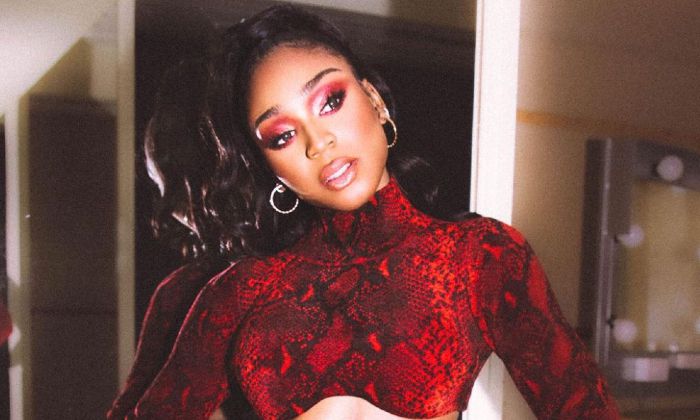 Normani is an American singer, songwriter, and dancer from Atlanta, Georgia. She embarked on her music journey in the early 2010s, participating in the second season of the U.S. version of the reality TV competition The X Factor. She gained international fame as a member of the quartet Fifth Harmony. The group released chart-topping albums such as Reflection (2015), 7/27 (2016), and Fifth Harmony (2017). In 2018, she dropped her platinum song “Love Lies” with Khalid, and followed up with a two-song EP Normani x Calvin Harris, featuring Calvin Harris in October 2018. Over the years, Normani has collaborated with several artists, including the likes of Ariana Grande, Nicki Minaj, Megan Thee Stallion, and Sam Smith. She has quite a presence on Instagram, where she has attracted an audience of over 6 million.

Normani is the daughter of Derrick Hamilton and Andrea Hamilton. She grew up alongside her two older half-siblings, Arielle Hamilton and Ashlee Hamilton in New Orleans, Louisiana. She’s of African-American, Indian, and French descent.

In August 2005, Hurricane Katrina struck New Orleans and its surrounding areas, causing heavy damage, which resulted in the family moving to Texas. She attended and graduated from Trinity Episcopal School, located in Richmond, Virginia.

From a young age, she developed an interest in dance and music. Ever since then, she has gotten into competitive dancing, gymnastics, and beauty pageants. She began her career while she was still in her pre-teen years, and recorded her first song at age 13.

When it comes to her personal life, not much is known in terms of Normnai’s romantic relationships. There have been a lot of speculations that she and singer Arin Ray dated while they appeared on X Factor USA.

She was in a relationship with Thomas “Masi” Hansen, Dinah Jane Hansen’s cousin, from 2015 to 2015. It appears that she’s currently single and focused on developing her career.

Normani first gained nationwide popularity when she appeared on the second season of reality competition The X Factor USA as a part of the girl group Fifth Harmony, comprising Ally Brooke, Lauren Jauregui, Dinah Jane, and Camila Cabello. They managed to reach the finals and finished their in the competition.

Following the group’s indefinite hiatus in 2017, Normani embarked on a solo career and released her first single with Khalid entitled “Love Lies”, in 2018, which peaked at number nine on the Billboard Hot 100.

Her first EP “Normani x Calvin Harris” arrived on October 22, 2018, featuring three songs “Checklist” with Wizkid and “Slow Down”. She collaborated with Sam Smith on the song “Dancing with a Stranger” released on January 11, 2019. The song charted at number seven in the U.S and number three in the UK.

Thanks to her efforts, Normani has already become a successful musician at such a young age. She has made a career out of her passion and love for music. Thanks to her professional endeavors, Normani has accumulated a net worth of $4 million, earned through her successful career in music. She has collaborated with various artists such as Calvin Harris, Ariana Grande, Nicki Minaj, and Sam Smith.

She has two turtles as pets, which she named “BB” and “BJ”.

The Guardian named her as one of the 25 greatest female pop-group performers of all time.

She had a small part in the HBO television series Treme.

She was one of the finalists in the Miss Texas beauty pageant.

BET’ featured her in their “Future 40” list, a list that comprises of 40 of the most inspiring and innovative people.