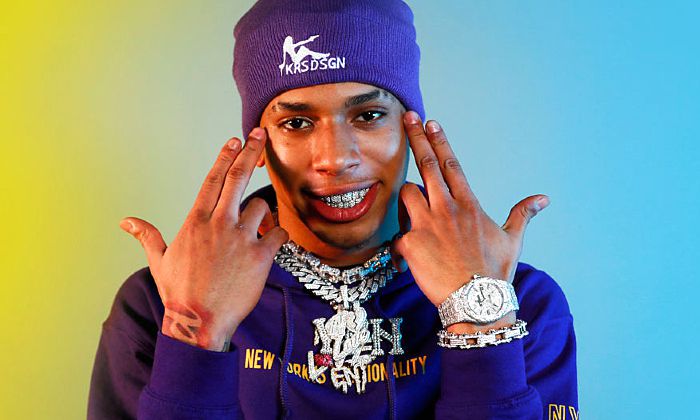 Who is NLE Choppa?

NLE Choppa is an American rapper, songwriter, and recording artist, who has made the leap to international fame with his viral hit platinum song “Shotta Flow.” The song not only dominated the music charts but also attracted over 20 million views on YouTube in less than two months. His debut studio album “Top Shotta” arrived on August 7, 2020, that featured hit singles “Camelot” and “Walk Em Down.” The album debuted at number 40 on the Billboard Hot 100 chart. Choppa is a hit on social media with over 3.2 million YouTube subscribers in addition to over 3.5 million combined followers on Instagram, Twitter, and Facebook, respectively.

There isn’t much information known with regard to his family and early life. His father was an African-American while his mother is a Jamaican. He was raised by his mother, Angela Ellis Potts, in a rough part of Memphis, where he attended the Cordova High School.

Growing up, he was actively involved in sports playing basketball for a major part of his early life. By the time he was 14, he had already started freestyling with friends. It was when he took music seriously and decided to pursue a career in music and began creating raps inspired by Southern rappers like NBA Youngboy, Meek Mill, and Lil Wayne.

NLE Choppa is very reluctant when it comes to sharing details from his private life, though according to some reports, Choppa is in a romantic relationship with his girlfriend Mariah since 2019. The couple welcomed their first child, a daughter, Clover, on June 20, 2020.

NLE Choppa launched his music career while still in high school at the age of 15. His early works include singles “No Love Anthem” and “No Chorus Pt. 3” and the mixtape “No Love the Takeover.”

Following the success of the sing “No Chorus Pt. 3” by Shotta Fam collective featuring him, NLE Choppa dropped his breakout single “Shotta Flow” in January 2019. The song became an instant hit , peaking at number 36 on the Billboard Hot 100 charts.

The song received millions of streams on various streaming platforms like Spotify and SoundCloud. The music video of the viral song was viewed millions of times on YouTube with an approval rating over 95%

NLE Choppa was steadily becoming more popular and followed up with singles “I Don’t Need No Help,” “Shotta Flow 2,” “Shotta Flow 3,” and “Camelot.” On August 7, 2020, Choppa released his debut studio album “Top Shotta,” which debuted at number 10 on the Billboard 200. The album The featured guest spots from Mulatto, Lil Baby, Roddy Ricch, and Chief Keef and immediately broke into Billboard charts.

Undoubtedly, NLE Choppa has an impressive social media presence. If you’re looking for inspiration on how to translate your passion into a lucrative career, Choppa has you covered! With his style and gratitude-focused Instagram, you can get all the inspiration you need.

Choppa has over 1.5 million followers oh his Instagram. He’s also on Facebook and Twitter, where he has over 800 thousand and 900 thousand followers, respectively. He also runs a self-titled YouTube channel, which has over 3.3 million subscribers.

At such a young age, Choppa has garnered so much attention than many artists his age, thanks to his viral hit song “Shotta Flow.” In just a few months of launching his professional career, he reached the height of his career, eventually attracting the likes of music labels like Republic, Interscope, and Caroline Records. However, he turned down multi-million dollar deals that these labels put on his table and joined hands with ‘UnitedMasters’ while retaining ownership of his master recordings.

As of 2020, this young passionate and inspiring musician has accrued a net worth as high as $3 million on his own right. He has earned his net worth from record sales, lucrative endorsement deals, as well as from sponsored deals and ad revenues from his various social media accounts. With no dount, his wealth will increase in the upcoming years, assuming that he successfully continues his career.

The prefix NLE in his name stands for No Love Entertainment.

In May 2019, Choppa performed at the ‘Beale Street Music Festival’ in Memphis, marking his music festival debut.