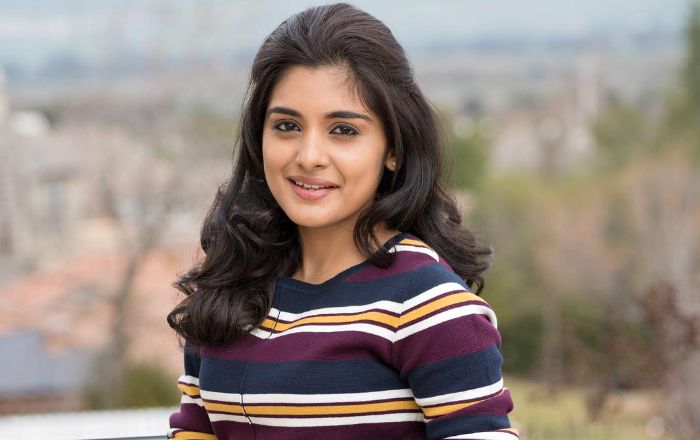 Who is Nivetha Thomas?

Indian actress Nivetha Thomas known for her roles as Catherine in the 2016 Telugu Film Gentleman, as Selvi Suyambulingam in Papanasam and as Pallavi in Ninnu Kori. The actress won the  Kerala State Film Award for Best Child Artist for her performance in the Malayalam film Veruthe Oru Bharya.

Nivetha Thomas was born on the 15th of October 1995, in Kannur, Kerala, India. She is currently 24 years old.

Nivetha Thomas was born to Malayali parents, Thomas and Lily. She attended Montfort Higher Secondary School, Chennai and then enrolled at the SRM University from where she graduated with a B.Tech degree in Architecture.

The actress is very reluctant to talk about her private life that makes it difficult for us to find any information about her love life and dating history.

As a child actress, Nivetha Thomas debuted in the 2008 Malayalam film Veruthe Oru Bharya for her role as Anjana Sugunan, which earned her the Kerala State Film Award for Best Child Artist.

In 2006, Nivetha appeared in the television serial Raja Rajeswari in which she played the role of Gowri. Her television credits include My Dear Bootham, Shivamayam, and Arase.

Playing Fatima in the Malayalam film Thattathin Marayathu (2012) which went on to become one of the biggest box-office hit in the history of Malayalam cinema. Her role in the film Telugu film Gentleman gained huge critical acclaim and was a commercial success. Her performance in other films like Ninnu Kori, Jai Lava Kusa and Papanasam have received bigger appreciation and response.

Her parents are of Malayali descent.

She has appeared in different south Indian language films like Tamil, Telugu, and Malayalam.

Nivetha Thomas is proficient in Tamil, Telugu, Malayalam, and English.