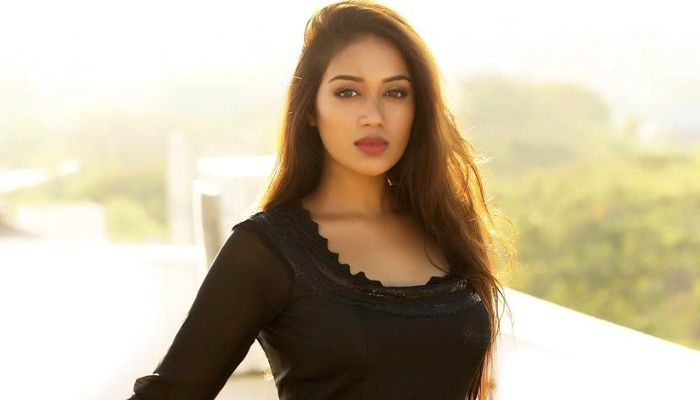 Who is Nivetha Pethuraj?

Nivetha Pethuraj is an Indian actress best known for her work in Tamil films such as Oru Naal Koothu, Tik Tik Tik and Podhuvaga En Manasu Thangam. Having only appeared in a films, she has accumulated a huge fan base, thanks to her fabulous looks, next-door girl appeal and stupendous onscreen persona. The Miss India UAE pageant started her career as a model, who is today, one of the after actresses in South Indian film industry.

Nivetha Pethuraj was born on the 30th of November 1991, in a largely popular town of Kovilpatti in Madurai, Tamil Nadu, India. She is currently 27 years old.

Unfortunately, not much is known about her family. She has a younger brother named Nisanth Pethuraj. She is of Tamil descent on her father’s side while she is Telugu on her mother’s side.

Nivetha has spent her childhood in her hometown where she received her primary education. Later, she moved to Dubai along with her family, where she attended Dubai’s Crescent English High School and graduated with a degree in human resources management from Heriot Watt University in Dubai.

Even though Nivetha is outspoken, she has kept her personal life discreet from her professional life and thus there is not much information available of any relation she has had in the past or in the present.

Nivetha  made her Tamil debut in 2016 in a romantic drama, Oru Naal Koothu, opposite Dinesh, in which she played Kavya. Her role in the film earned her a Behindwoods Awards for Best Debut Actress.

Her Telugu debut came through the following year in a new age romantic film, Mental Madhilo, in which she portrayed Swecha.

She hasn’t appeared in television series except promotional talk shows.

During her brief stint as a model, she has featured in commercials and print ads.

She has just begun her journey in films and there’s a lot way to go. Her net worth is currently unavailable.

She developed interest in acting and modelling from her childhood. She is of today, a most wanted actress in Kollywood who has a good number of films in her kitty.

In 2015, Nivetha Pethuraj participated in the Miss India UAE beauty pageant, eventually wining the title where she was the only Indian to compete in the contest.

Her increasing popularity helped her to land a role in the film, ‘Oru Naal Koothu’.

She is ardent devotee of Sai Baba.

Being a travel freak, she loves to travel alone through out the world. She has a peculiar habit of collecting flight boarding passes that would remind her the best moments from her travel.

She has done several editorial shoots for publications and has appeared on their covers as well.