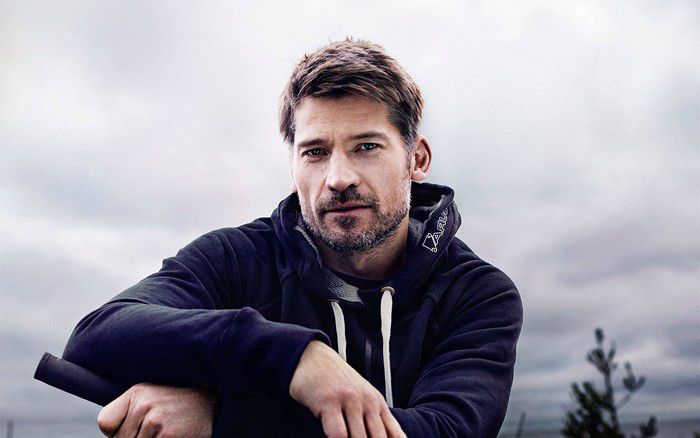 Who is Nikolaj Coster-Waldau?

Danish actor Nikolaj Coster-Waldau is widely known for playing Jaime Lannister in the acclaimed HBO series Game of Thrones. He largely became popular among the Americans by appearing in the war film Black Hawk Down, Kingdom of Heaven and Fox television series New Amsterdam. He was last seen in the crime thriller film, Shot Caller.

Nikolaj Coster-Waldau was born on the 27th of July 1970, in Rudkøbing, Denmark. He’s currently 49 years old.

Nikolaj attended Danish National School of Theatre and Contemporary Dance in Copenhagen, Denmark from where he graduated in 1993.

Nikolaj married Nukâka, a Greenlandic actress and singer, in 1998. They both have two children together, daughters Filippa (b. October 2000) and Safina (b. November 2003). Both of their daughters are actors, with their elder daughter, Flippa, starred in a Danish short film, The Girl and the Dogs, while their younger daughter, Safina has starred in a Danish Christmas TV-series named Theo og Den Magiske Talisman in 2018 as the main character Simone.

Nikolaj made his debut in the 1994 Danish thriller film Nightwatch for his role as Martin Bork. His Hollywood debut was with the war film Black Hawk Down, playing Medal of Honor recipient Gary Gordon in 2001.

In 2000, Nikolaj appeared in 2 episodes of Channel 4’s series Lock, Stock… for his role as Jordi.

Portraying the character of Jaime Lannister / The Kingslayer in the HBO’s fantasy drama series Game of Thrones alongside Peter Dinklage, Kit Harington, Maisie Williams, Sophie Turner, Emilia Clarke and many others.

Nikolaj has a net worth of $16 million US dollars. He was paid $1.1 million per episode of Game of Thrones. Having appeared in several films and television series as well as brand endorsements, he makes it big and has established a name for himself in the entertainment industry. He lives with his family in a luxury house in Kongens Lyngby, Denmark.

He is good friends with Danish painter Thomas Kluge.

Nikolaj is a supporter of English football club Leeds United and he is a member of the Leeds United Supporter’s Trust.

He has two dogs.

Nikolaj was made UNDP Goodwill Ambassador in 2016 to raise awareness and support the United Nations’ Sustainable Development Goals, an action to end poverty, fight inequality and stop climate change.

He has been nominated for several awards for his performance in Game of Thrones and won two of them.

In January 2018, he was made the L’Oréal Paris global spokesperson for the company’s Men Expert line of products.