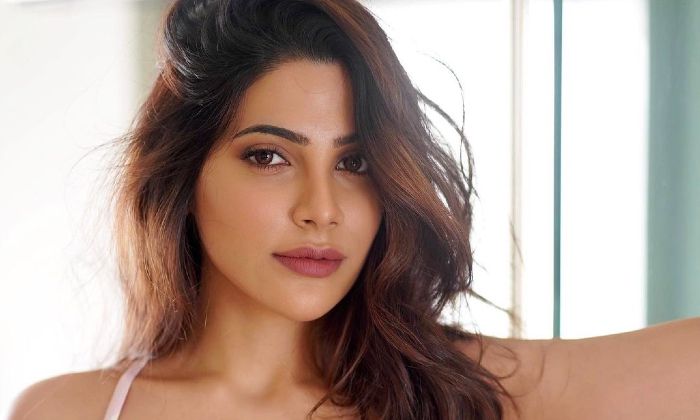 Who is Nikki Tamboli?

Nikki Tamboli hails from Aurangabad, Maharashtra, and is best known as an actress, model, and reality television star. She reached prominence with her part in the Telugu-language adult comedy-horror film, Chikati Gadilo Chithakotudu. Nikki has also starred in other movies such as India Fashion Factory, Kanchana 3, and Thipparaa Meesam.

The young beauty is nothing short of gorgeous and she never fails to wow her legion of Instagram fans with snaps of herself sporting racy and stunning dresses. She started off as a model and then went on to appear in movies. In October 2020, she appeared as a contestant on the 14th season of Salman Khan’s hit reality show, Bigg Boss.

Very little is known about Nikki’s family background as she hasn’t shared too many details about her family and her early life with the public yet. She has spent most of her early life in her hometown where she was raised by her parents Digambar Tamboli and Pramila Bodkhe Tamboli.

Nikki is a college graduate, but unfortunately, she didn’t reveal the details regarding the school and college she attended. As far as we are aware, she completed her education in Aurangabad.

Talking about her personal life, Nikki is currently single and not much is known about her romantic encounters. According to some reports, she has been romantically linked to Rohit Gida, a DJ based in Mumbai. However, there are no credible sources to confirm the same. She has just started her career, and even if she has a boyfriend, the chances of her making it public are slim at best.

After graduating from college, she kickstarted her career as a model, appearing in modeling gigs and ad campaigns. She has also appeared in television commercials. Having enjoyed much success as a model, she went on to appear in films.

As she continued to delight the audience with her movies, she was chosen to be a part of the controversial and hit reality show, Bigg Boss. She appeared alongside Abhinav Shukla, Jasmin Bhasin, Pavitra Punia, Nishant Singh Malkani, Rubina Dilaik, Jaan Kumar Sanu, and Rahul Vaidya on Salman Khan‘s reality show.

Nikki is a highly talented, passionate, and beautiful woman. She has achieved quite a lot at such a young age and will flourish in her career as she continues to do what she loves.