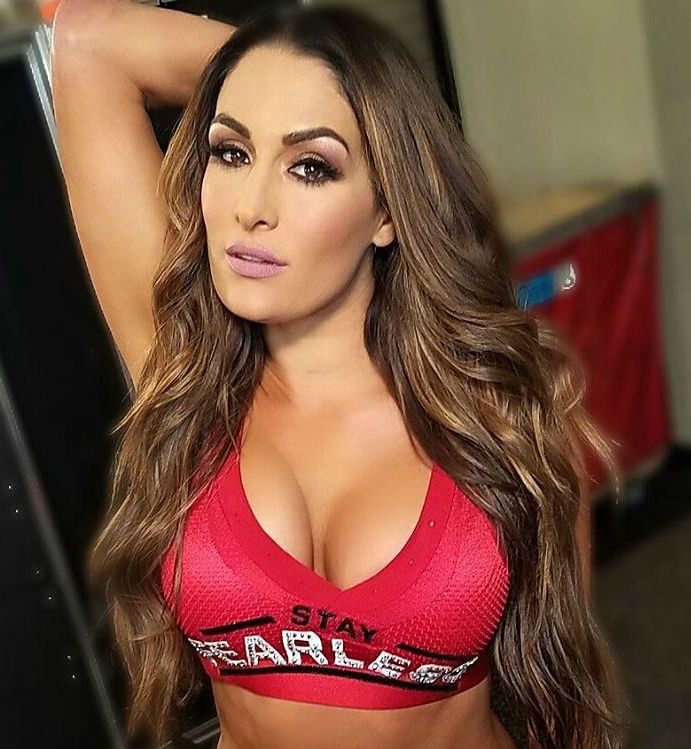 Who is Nikki Bella?

Stephanie Nicole Garcia-Colace, best known by her ring name, Nikki Bella, an American professional wrestler, actress, and model. She came into the scene in June 2007 when she singed World Wrestling Entertainment (WWE) and was assigned to developmental territory Florida Championship Wrestling (FCW) alongside her twin sister Brie Bella, forming the duo The Bella Twins. The two time WWE Divas Champion was ranked no. 1 in Pro Wrestling Illustrated’s Female 50 in 2015. Alongside her wrestling career, she also makes appearances in films and television.

Nikki Bella was born on the 21st of November 1983, in San Diego, California, United States of America. She is currently 36 years old.

Nikki Bella is the daughter of Jon Garcia and Kathy Colace. She has a twin sister, Brianna Monique Danielson aka Brie Bella, who was a former professional wrestler, actress, and model. Nikki is 16 minutes older than her twin sister. She is of Mexican, Italian, English, Irish and Scottish descent.

The sisters were raised on a farm in the Phoenix suburb of Scottsdale, Arizona. She went to Chaparral High School and graduated in 2002. She then enrolled at the Grossmont College but dropped out in her freshman year and moved to Los Angeles to pursue a career in modeling and acting.

Talking about her dating life, she had a fair share with men over the course of her career Her first known relationship was with wrestler Nick Nemeth. They dated for over a couple of years from 2008 to 2010.

She once revealed that she was married to her high school when she was just twenty years old, but the marriage was annulled three years later.

Following her relationship with Nick, she began dating WWE superstar John Cena in 2012. After being together for seven years, they called it quits in April 2018.

Nikki started her relationship afresh with Russian dancer and choreographer, Artem Chigvintsev, in 2018. He was her partner in the Season 25 of Dancing with the Stars show. She gave birth to her first son with Artemon on July 31, 2020

In September 2007, she made her professional WWE debut along with her sister in a tag team match against Nattie Neidhart and Krissy Vaine. They went on to win the match.

She first appeared in the 2014 comedy-drama Confessions of a Womanizer as a supporting cast.

Bella first appeared in the sports series E.C.W. as herself in 2009.

Nikki worked as a waitress during the early days of her career.

Rolling Stones named her as the Diva of the Year in December 2015.

She did a gig in a Fox TV show ‘Meet my Folks’ that gained her fame and recognition and eventually she started getting offers from television shows.

She has been an inspiration for several teen girls and has a huge fan base for her exquisite wrestling style.

The Bella twins launched their YouTube channel under the same name in 2016 which features daily fashion, beauty, travel, fitness, relationship, and health videos.

In August 2017, she launched her own wine brand named Belle Radici along with her sister.

In November 2017, the sisters launched their own lifestyle line, Birdiebee which includes transitional intimates, activewear, and loungewear aimed at “empowering and educating women through mirroring the twins’ passion for life, strength, women’s health and wellness, and fun.”