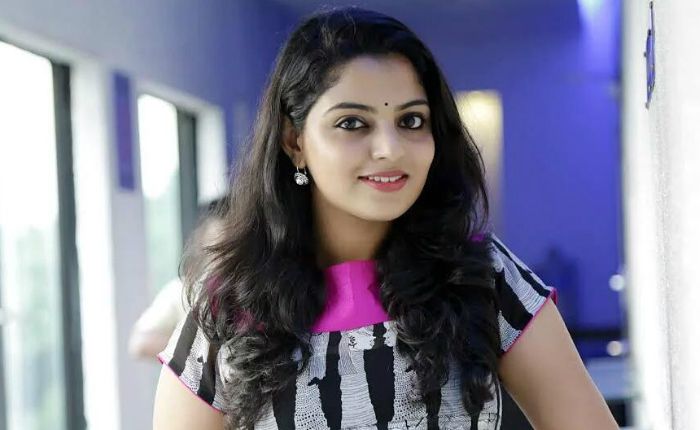 Who is Nikhila Vimal?

Nikhila Vimal is an Indian film actress who is known for starring as Latha in Vetrivel and Chemba in Kidaari. She’s often seen in Tamil and Malayalam films. The multi-talented actress has also learned various forms of arts including  Bharata Natyam, Kuchipudi, Kerala Natanam and monoact.

Nikhila Vimal was born on the 9th of March 1994, in  Taliparamba, Kannur, Kerala, India. She is currently 25 years old.

Nikhila Vimal is the youngest daughter of Pavithran and Kalamandalam Vimaladevi. Her father is retired from statistical department while her mother is a dancer. She has an older sister, Akhila Vimal, who is a research scholar in Theater arts at Jawaharlal Nehru University, Delhi.

After completing her schooling, Nikhila enrolled at Sir Syed College, Taliparamba, graduating her B.Sc degree in Botany in 2016.

Due to low profile, there’s not much known details about her love life or dating history.

Nikhila Vimal first landed her role as a supporting actress in the 2009 Malayalam film Bhagyadevatha, in which she played the role as Saliy (Jayaram’s sister). Her onscreen debut as a leading lady happened with the film 2015 Malayalam film Love 24×7 for her role as Kabani Karthika.

The following year, Nikhila made her Tamil debut with the film Vetrivel, starring opposite Sasikumar, which earned her fame and recognition. She has since then appeared in a bunch of Tamil and Malayalam films.

Nikhila first appeared in a television documentary on Saint Alphonsa that aired on Shalom TV.

She started her acting career while she was still in middle school.

After giving several hits like Bhagyadevatha, Vetrivel and others, she has created a name for herself in the film industry, making her one of he most sought-after actress in business.

In 2019, she won the Most popular Actress Award at the Kerala Kaumudi Flash movie awards and also won the Best star pair of the year award at the Vanitha Film Awards for her roles in the movie Aravindante Athidhikal.

She has several movies lined up for releases such as Ranga, Mera Naan Shaji and Oru Yamandan Premakadha.