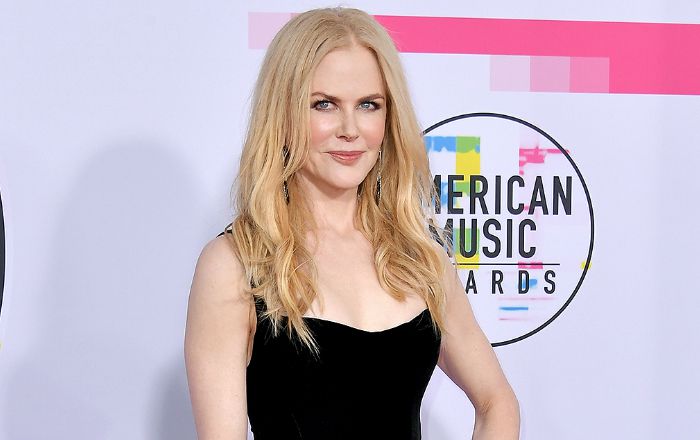 Who is Nicole Kidman?

Australian actress Nicole Kidman who won an Academy Award for her portrayal of Virginia Woolf in the drama film The Hours. She also received an Academy Award nomination for her role in the film  Moulin Rouge!, where the actress won Golden Globes for both films. Beginning her acting career in the year 1983, Kidman has since appeared in a number of popular films and TV shows.

Nicole Kidman was born on the 20th of June 1967, in Honolulu, Hawaii, United States of America. She is currently 52 years old.

Nicole Kidman is the daughter of Janelle Ann (née Glenny), is a nursing instructor and Antony Kidman, a biochemist, clinical psychologist and author, who died of a heart attack in Singapore aged 75. Her mother edited her husband’s books and was a member of the Women’s Electoral Lobby. She has a younger sister named Antonia Kidman, who is a Journalist and TV Presenter.

Prior to marrying Urban, she was married to Tom Cruise from 1990 until 2001. They were married on Christmas Eve 1990 in Telluride, Colorado. Together, they adopted a daughter, Isabella Jane (born 1992) and a son, Connor Anthony (born 1995). The couple announced their separation on February 5, 2001, and filed for divorce the same month. The couple got officially divorced in August 2001.

Previously, she was in relationships with Australian actor Marcus Graham and actor Tom Burlinson.

Nicole Kidman was first seen on the silver screen in the 1983 film ‘Bush Christmas’ in which she played the role of Helen.

In 1983, Kidman had her first starring role in the television film Skin Deep for her role as Sheena Henderson.

After featuring on a couple of television films, she landed a supporting role in the 1983 TV Series Five Mile Creek as Annie.

She plays as a victim of domestic abuse, Celeste Wright in the HBO series Big Little Lies, for which she won a Primetime Emmy Award for Outstanding Lead Actress.

Kidman has appeared in numerous TV advertisements including El Corte Inglés, Schweppes, Etihad Airways, etc and many print ads for OMEGA (Ladymatic) and Swiss watches in the UK, Women’s Cancer Research Fund, and others.

She has also endorsed brands such as Chanel No 5, Omega Watches, Nintendo and Neutrogena.

In 2015, Kidman became the brand ambassador for Etihad Airways.

With a career spanning for more than 35 years, Nicole Kidman is one of the highest paid and wealthiest celebrities in the world. Her estimated net worth stands at $130 million US dollars as of 2019. She makes huge money from appearing in films and television and brand endorsements.

It is being reported that she was paid $12 million for a three-minute TV ad for Chanel No.5. Kidman and her husband have multiple luxury houses in Sydney, Los Angeles and Nashville. She has several expensive cars in possession including Yukon Denali, Audi Q7 and Bugatti Veyron. She also owns a luxury yacht, Sunseeker Manhattan 74.

When she was 17, she worked as a massage therapist to help support her mom, who was diagnosed with breast cancer.

In 1994, she was appointed a goodwill ambassador for UNICEF,[5] and in 2004, she was honored as a “Citizen of the World” by the United Nations.

In 2002, Kidman first appeared on the Australian rich list published annually in the Business Review Weekly with an estimated net worth of A$122 million.

She has been honored with Companion of the Order of Australia (AC) in 2006 at the Australian Day Honors for her contribution to the world of cinema and her philanthropic works.

As of 2017, Kidman’s movies have grossed more than US$3.9 billion at the worldwide box-office according to Box Office Mojo.

She is the first Australian actress to win the Academy Award in the category of Best Actress in a Leading Role for the film, ‘The Hours’. She has been nominated thrice in the category.

Although Kidman was not a regular singer, she has contributed in vocals for her movies along with other professional singers. She sang the song  “Come What May” for her film, Moulin Rouge!, which marked her debut single. The track reached at no. 27 in UK singles chart.

She is a member of the Mary Mackillop Chapel in North Sydney.