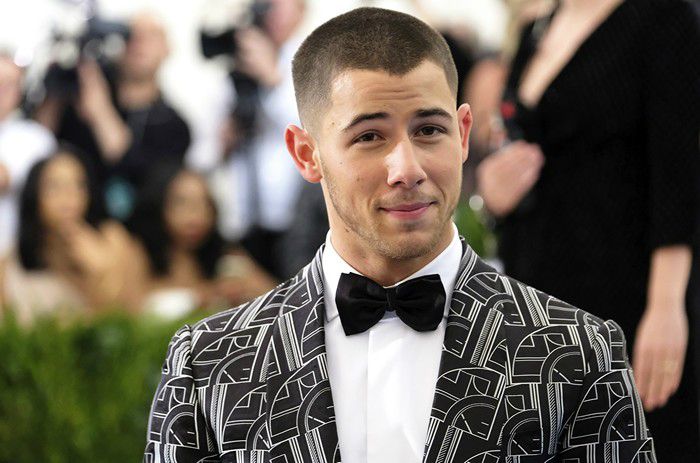 Who is Nick Jonas?

American singer, songwriter, and actor who found success through the band, Jonas Brothers, has released several hit albums and single until the band parted ways in 2013. His success continued even after launching his solo career where his third album, Last Year Was Complicated, released in 2016, emerged as his highest peaking album entry on the US Billboard 200. Nick Jonas has appeared in a number of popular TV shows like Jonas, The X Factor, Kingdom, and The Voice and films like Jumanji: Welcome to the Jungle.

Nick Jonas was born on the 16th of September 1992, in Dallas, Texas, United States of America. He’s currently 27 years old.

Nick Jonas is the third of four children to parents, Denise (née Miller) and Paul Kevin Jonas. His father is a songwriter, musician, and former ordained minister at an Assemblies of God church, while his mother is a former sign language teacher and singer.

He has two older brothers, Kevin and Joe and a younger brother, Frankie. Nick is Italian, English, German, Irish, Cherokee, French-Canadian, and Scottish.

Nick Jonas began dating Indian actress Priyanka Chopra in early 2018. He is 11 years junior to her. The couple got engaged in a private affair attended by close relatives and friends in Mumbai on August 18, 2018. They got married on 1 December 2018 at Umaid Bhawan Palace in Jodhpur.

While performing on Broadway, Jonas wrote a song titled “Joy to the World (A Christmas Prayer)” which featured on Broadway’s Greatest Gifts: Carols for a Cure, Vol. 4. He later released the song under INO Records to Christian Radio in 2003, marking his debut single.

Nick released his debut album titled ‘Nicholas Jonas’ on September 5, 2005, before the formation of the band, Jonas Brother. The album saw a limited release and also failed to attract the attention of the music lovers. However, his music career had only widened with the release of the album, thus attracting record labels to sign him. He has since released a number of top-charting singles while enjoying a steady growth on his musical career graph.

He made his acting debut in 2008 in a 3D concert film Hannah Montana & Miley Cyrus: Best of Both Worlds Concert as himself with Demi Lovato and the older brothers.

Having associated with the band, Jonas Brother from 2005 until 2013. During that period, the band has released many albums, particularly its third album, ‘A Little Bit Longer’ became a huge hit. the album topped at various music charts like Billboard Comprehensive Albums, Tastemakers, Top Internet Albums, and Top Digital Albums charts. The album’s lead singles charted at top positions on the US Billboard Hot 100.

His roles as Nate Kulina in the American drama television series Kingdom, as Nick Lucas in Jonas and his portrayal of Jefferson “Seaplane” McDonough in the adventure film, Jumanji: Welcome to the Jungle.

Nick has been affiliated with brands such as Baby Bottle Pop, Burger King, Breakfast Breaks, Gi Joe, Legos, and many others.

His estimated net worth stands at $25 million US dollars as of 2019. He owns a luxury house in Hollywood Hills and many expensive luxury cars.

His career kick-started when he was discovered at the age of six in a barbershop by a professional show business manager and subsequently made his Broadway debut at the age of seven years.

In 2015, Nick and his brothers formed a pop band called Jonas Brothers. The band’s self-titled album was released in 2007 which reached the Top 5 on the Billboard charts and went double platinum.

Jonas starred in the Disney series Jonas Brothers: Living the Dream, and appeared in the films Camp Rock and Camp Rock 2: The Final Jam.

As a teen, he suffered from diabetes and was diagnosed at the age of 13 with Type I Diabetes.

Jonas has more recently earned the title of a sex symbol following a string of provocative photoshoots.

Jonas was featured on OK!’s list of 2014’s Sexiest Men Alive, while his photoshoot for Flaunt was listed on their Most Memorable Naked Moments list.

Jonas composed a song titled ‘Home’ for the animated film Ferdinand, released on October 20. The song was nominated for the Golden Globe Award for Best Original Song.