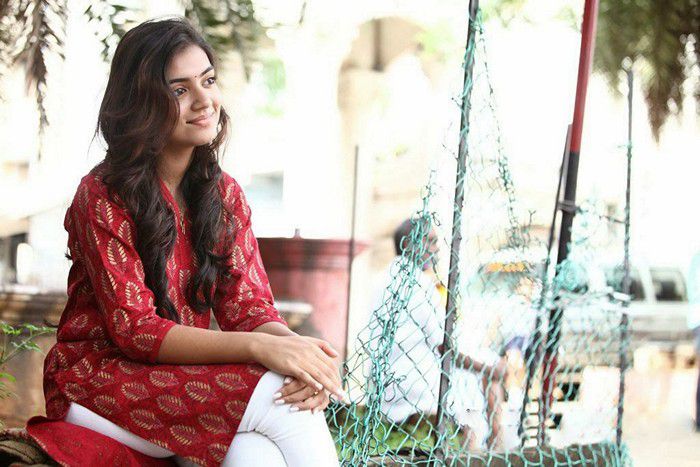 Who is Nazriya Nazim?

Nazriya Nazim is an Indian actress and model, who has appeared in Malayalam and Tamil films. Hailing from the god’s own country of Kerala, Nazriya ventured into showbiz as a host on a Malayalam television channel, Asianet. Her appealing onscreen persona caught the attention of film fanatics that subsequently earned her film offers and has been enthralling her fans therein. After her marriage, she refrained from acting and was on hiatus for more than three years. The actress is making her return to cinema with a Malayalam film that is scheduled to release in 2018.

Nazriya Nazim was born on the 20th of December 1994, in Thiruvananthapuram, Kerala, India. She is currently 25 years old.

Nazriya Nazim is the daughter of Nazimudeen, an entrepreneur, and Begum Beena, a homemaker. She has a brother named Naveen Nazim.

After schooling, she joined Mar Ivaions College in Thiruvananthapuram, from where she graduated with a degree in Business.

Back in 2001, the reel couple Nazriya and Fahadh Faasil worked together in Anjali Menon’s Bangalore Days where love blossomed between the two. In January 2014, they told media that they were in a relationship and will soon enter into married life. They became engaged in February 2014 and married on August 21, 2014, in Thiruvananthapuram. In case if you do not know, she was just 19 when she was tied the knot with the actor.

She entered into showbiz at her tender age as a child artist and first starred in a 2006 Malayalam film Palunku as Geethu. As a lead actress, Nazriya was seen in a Malayalam film Maad Dad in 2013.

The same year, she has been a cast in a Tamil – Telugu bilingual film, Neram alongside Nivin Pauly and that marked her entry into Tamil cinema.

In 2004, she hosted a Muslim quiz show called Punyamasathiloode in a Malayalam TV channel, City Channel. Then she went on to host different reality shows and even hosted Asianet Film Awards for the consecutive years in 2012 and 2013.

In 2014, the versatile actress debuted as a singer in the film Salalah Mobiles, crooning her voice for “La La Lasa (Ummachi Rap)” song.

Her net worth is estimated to be $600,000 dollars as of 2019. Her earnings comprise of films and endorsements. She owns a couple of luxury cars such as Mercedes Benz and Range Rover. The couple currently lives in a modest home in Alappuzha and they also have several homes and estates in Kerala and Bangalore.

Besides acting, Nazriya loves to travel, dance and sing.

Nazriya and her family lived in Al Ain UAE, before moving to Thiruvananthapuram.

She is married to actor Fahadh Faasil whom she met on the sets of the film Bangalore Days, where they played husband and wife.

Nazriya Nazim didn’t complete her college degree as she bought with films and then family.

The actress is all set to begin her second innings in the cinema as she has a couple of films in her kitty.