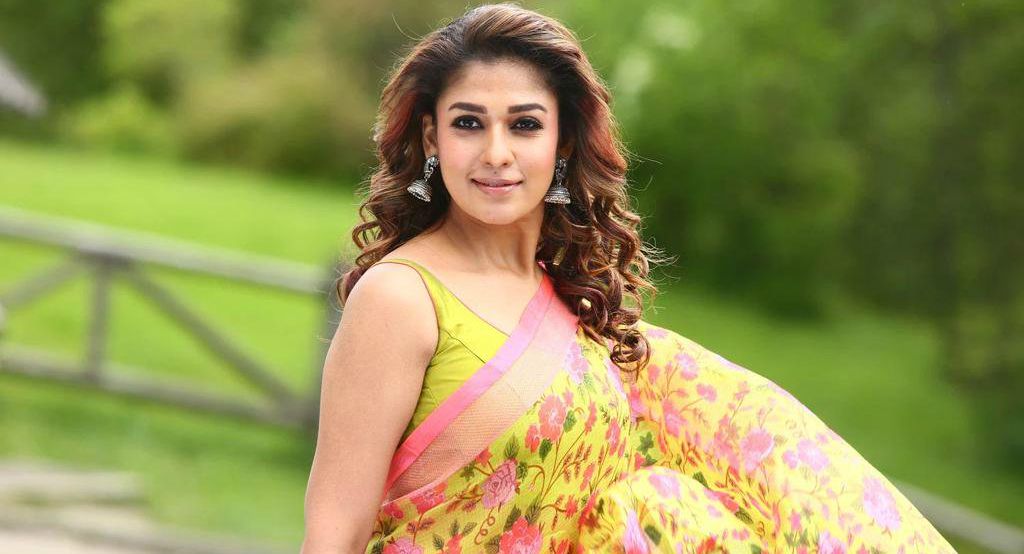 Nayanthara is a popular Indian actress who is probably best known for her appearances in such movies as ‘Raja Rani’, ‘Maya’, ‘Naanum Rowdy Dhaan’, ‘Sri Rama Rajyam’, ‘Manassinakkare’ and ‘Araam’, among others. She is one of the top-earning and the most sought-after actresses in the South Indian film industry, especially in Tamil cinema. She has received several accolades including 4 Filmfare Awards South, Kalaimamani Awards and Tamil Nadu State Award and many others. In 2018, Forbes magazine included her in their “India Celebrity 100” list, making her the only female actress from South Indian to feature in the list with earnings of INR 15.17 crores.

Nayanthara was born on the 18th of November 1984, in Bengaluru, Karnataka, India. She is currently 34 years old.

Nayanthara is the daughter of Malayali parents, Kurian Kodiyattu and Omana Kurian, an aristocratic Kodiyatt family from Tiruvalla, Kerala. Her father worked for the Indian Air Force. She has one older brother named Leno who lives in Dubai, United Arab Emirates.

Since her father was an Indian Air Force official, she had to move along with her family to different regions of the country, where she took her education.

The unmatched beauty attended different Army schools located in Jamnagar, Gujarat, and Delhi. She then attended Balikamadom Girls Higher Secondary School in Tiruvalla and earned her her bachelor’s degree in English Literature from Marthoma College, Thiruvalla.

Nayan had a strict Syrian Christian upbringing. She fell in love with Hinduism lately and subsequently converted to the religion on August 7, 2011, undergoing a traditional Vedic purification ceremony conducted at the Arya Samaj Temple in Chennai. She later changed her name to Nayanthara.

Nayanthara ‘s first known relationship was with fellow actor Silambarasan. They started dating in the year 2006 while working together ina Tamil movie called Vallavan, however, it didn’t last any longer. The couple mutually ended their relationship in 2008.

That same year, Nayanthara and dance choreographer Prabhu Deva began dating and eventually entered into a live-in relationship. In 2010, Prabhu Deva’s wife Latha, who is a classical dancer, moved to the family court, seeking directions against him and requesting a reunion with him.

She also threatened to go on a hunger strike if Prabhu Deva married Nayanthara. Even several women’s organizations went on to protest against Nayanthara for bringing disrepute to the Tamil culture and also burned her effigy. Finally, Nayanthara and Prabhu Deva called it quits in 2012.

The lady superstar is currently in a live-in relationship with filmmaker Vignesh Shivan. She was booked to play a female lead in the movie Naanum Rowdy Dhaan opposite Vijay Sethupathi in 2014, which was directed by Vignesh.

During the filming of the film, they developed a feeling for each other and made their relationship public through red carpet appearances. She even gifted him an expensive car as a token of love. Owing to his birthday, the couple went to New York and had a great time exchanging their love.

Nayanthara made her on-screen debut with the 2003 Malayalam film, ‘Manassinakkare’, in which she played the role of Gouri. The film was directed by Sathyan Anthikad. The commercial success of the film fetched her several offers from different languages boosting her acting career.

She became the heart-throb of Tamil audience ever since she starred in the 2005 Tamil film ‘Chandramukhi’, opposite Superstar Rajinikanth, which was directed by P. Vasu.

Although Nayanthara hasn’t appeared in any serials, she has appeared as a guest in a number of special television shows.

The lady superstar has been the face of a number of brands like Tata Sky and GRT Jewelers. She has appeared on several television commercials and print ads.

As of 2019, Nayanthara is reported to have a net worth of $12 million dollars. She charges Rs 5 crore upwards as remuneration per film and is considered to be one of the highest-paid actresses in Kollywood. Tata sky paid her a whopping INR 8 crore to star in a 50-second TVC in 2017.

She is also one of the bankable actresses in the industry, who also makes a large amount of money from lucrative endorsement deals. Since her inception into the showbiz, Nayanthara has earned a place for herself in the industry, winning over the hearts of millions of audiences.

Nayanthara owns a couple of luxurious cars including a BMW X5 and an Audi Q7. She has recently bought a lavish flat in Chennai who also owns a beautiful house in her hometown in Kerala.

Nayanthara took up modeling as a passion during her college days and became a first runner up as the Best Model in Kerala in 2003.

She was discovered by director Sathyan Anthikkad, who introduced her in his film, ‘Manassinakkare’ in 2003, which marked a stepping stone in her acting career. Since then, the fame, popularity, and wealth of the budding actress have only enhanced.

Nayanthara was just 19 years old when she made her acting debut.

She would have been a Charted Accountant if not an actress.

Nayanthara tattooed Prabhu Deva’s name on her wrist during her brief relationship with him.

Nayanthara was voted as the “Most Desirable Woman of Chennai” in a poll conducted by a leading publisher in South India.

She has won over 36 awards in various categories to this date.

She got a huge breakthrough with the Tamil film Chandramukhi, which was her longest ever running film in the theatres with 800 days.

As an actress, Nayanthara has acted in more than 60 movies in all mainstream south Indian languages like Tamil, Telugu, Malayalam, and Kannada.

Her personal life was always subject to widespread media attention because she is one of the few actresses to be romantically linked with high-profile celebrities.

Nayanthara is one of the few actresses in the business to have acted with all of the leading actors in the entertainment industry.