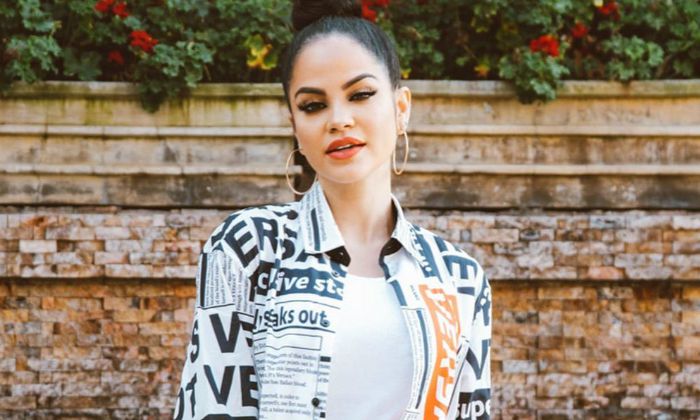 Who is Natti Natasha?

Natti Natasha is a Dominican reggaeton, urban, and Latin pop singer. She released her debut album, ‘Iluminatti’ in February 2019 through Pina Records and Sony Music Latin. The album charted at number three the Billboard Hot Latin Songs chart. Don Omar nurtured her singing skills and signed her to his recording label and also worked with her for a few songs including “Dutty Love” and “Crazy in Love”. The pop singer is extremely popular on social media, especially her Instagram page has over 15 million followers.

Natti Natasha was born on the 10th of December 1986, in Santiago de los Caballeros, Dominican Republic. She is currently 32 years old.

Natti is the daughter of college professor Alejandro Gutiérrez and Sarah Batista. She has a sister whose name is not known. As a kid, she used to sing in church, impressed by her singing talents, her mother enrolled her at the School of Fine Arts of Santiago at the age of eight. There, she honed her singing skills.

Talking about her personal life, Natti Natasha has kept that aspect of her life away from the media. She was romantically linked up with Don Omar in the past but neither of them has refuted nor accepted the claims.

After Natasha signed with Orfanato Music Group, she dropped her first Extended play (EP) titled “All About Me” on March 28, 2012.

In 2017, she released her single “Criminal,” featuring Puerto Rican reggaeton and Latin trap singer Ozuna, which peaked at No. 5 on the Billboard Hot Latin Songs chart. The song emerged as a viral song of the year with its corresponding music video becoming the most watched music video in 2017.

Her debut album, “Iluminatti” was released on February 15, 2019, by Pina Records and Sony Music Latin. The album debuted at #3 on the Billboard Hot Latin Songs chart.

In 2013, Natasha made her acting debut as Inna Cembrebel in an episode of the drama series, Atlantic City Chronicles.

Her single “Criminal” helped her to achieve immense popularity as a singer all over the world. The song topped various music charts and was certified Gold by FIMI, 4x Platinum by PROMUSICAE, and 15x Platinum (Latin) by RIAA. The music video of the song has garnered over one billion views in 2017, the most successful song of her career.

Also known for her immense popularity on social media. She has amassed over 15 million followers on Instagram. She lately increased her activity on Instagram that made her popular across the platform.

She got her start as a singer at a very young age after she joined the School of Fine Arts in Santiago at age 7.

She grew up listening to the songs of artists such as Bob Marley and Jerry Rivera, and Lauryn Hill.

Natti used to participate in all the musical events and competitions all around Santiago and eventually formed the group D’style with friends.

She met Linkon, an A&R scout for Don Omar’s Orfanato Music Group during on her of local tours and eventually signed with the label.

Natti worked with Don Omar in one of his projects and released the songs “Dutty Love” and “Crazy in Love”, featuring Don Omar and Farruko, respectively. The former became an instant hit, earning her plenty of success and won three Billboard Latin Music Awards.

In April 2018, she was featured in Becky G‘s hit number, “Sin Pijama,” a track that topped the Spanish, US Latin Airplay, and US Latin Pop charts.

Not only that, Natti’s music videos have garnered more than 4.52 billion on YouTube in 2018, making her one of the most watched female artists on the platform, beating out the likes of Ariana Grande and Taylor Swift.

Her favorite color is purple.