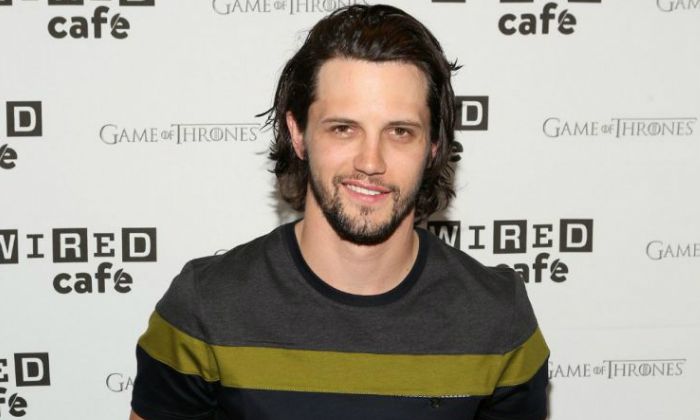 Who is Nathan Parsons?

Nathan Parsons is an Australian-born American actor best known for his starring role as Ethan Lovett in the ABC daytime soap opera “General Hospital.” He played James Kent on HBO drama series “True Blood” and joined the cast of “Once Upon a Time” as Nick Branson in 2017. Parsons stars as Max Evans in The CW series “Roswell, New Mexico.”

Nathan Parsons was born on the 16th of June 1988, in Adelaide, Australia. He is currently 32 years old.

Unfortunately, not much is known about his family background as he hasn’t revealed anything about his parents to the media and public. He has two brothers named Robert and Jared.

Nathan Parsons studied at the St. Andrew’s Episcopal School in Austin, TX, graduating in 2006. He later enrolled at the University of Southern California where he studied Bachelor of Fine Arts Acting program.

Parsons is not vocal about his personal life and prefers to keep his love life away from the media spotlight. Thus, we are uncertain of any relationship he has had in the past or in the present.

Nathan Parsons made his feture film debut as Soda Spritzer in the horror comedy film “Teeth” in 2007.

Parsons earned his first acting role as Ethan Lovett in the ABC daytime soap opera “General Hospital.” He was cast as a series regular between January 2009 and March 2012, and after that, he played guest roles until 2015.

As a child, he did voice-over work dubbing Japanese animation series Nadia: The Secret of Blue Water in 1990.

The actor is best recognized for his work in the TV series General Hospital, Bunheads, The Originals, True Blood, Once Upon a Time and Roswell, New Mexico.

Nathan Parsons has an estimated net worth of $1.5 million.

Born in Adelaide, South Australia, Parsons’s family moved to the United States when he was young . He was raised in Colorado and Texas.

He came into acting at a very young age. At first, he started doing voice-over jobs for Japanese animation TV series and went on to star in movies in his late teens.

Growing up, he learned dance as well. He was a part of the dance company at Boom Kat Dance Theatre in Los Angeles, California.

He was discovered by Director David DeCoteau.

In 2014, show producers picked him as a replacement for Luke Grime on season 7 of True Blood after the actor left the show.

Parsons earned nominated for Daytime Emmy Awards for his role in the TV series General Hospital in 2012.

In 2019, he began playing one of the lead roles in The CW series Roswell, New Mexico as Max Evans.

Nathan is not a party guy.