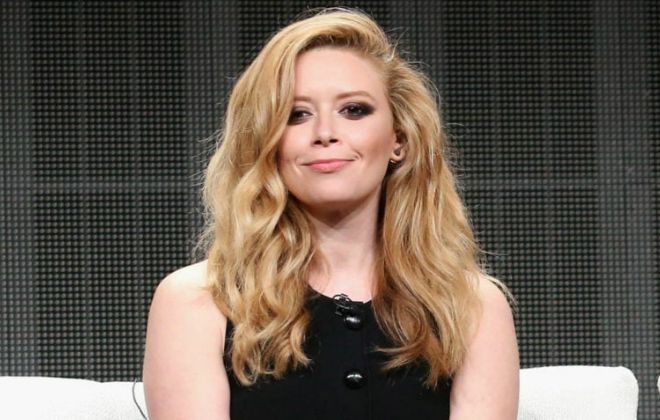 Who is Natasha Lyonne?

Natasha Lyonne is an American actress best known for her portrayals of Jessica in the commercially successful American Pie movies and Nicky Nichols in the Netflix hit series Orange Is the New Black. She received a Primetime Emmy nomination for her work in the latter. In 2018, she began voicing the main character of Gaz Digzy in the animated TV series Ballmastrz: 9009. She has appeared in a number of hit movies such as Slums of Beverly Hills, Scary Movie 2; The Grey Zone; Kate & Leopold, Blade: Trinity, Robots, All About Evil and Show Dogs.

Natasha Lyonne was born on the 4th of April 1979, in New York City, New York, United States of America. She is currently 40 years old.

Lyonne attended The Rabbi Joseph H. Lookstein Upper School of Ramaz, a private Jewish school in Manhattan, New York City. There she got a to study Talmud and Aramaic, but she was expelled from the school for selling marijuana.

After that, she graduated from Miami Country Day School in Miami, Florida. Lyonne, however, didn’t complete high school as she left the school before her senior year and joined the Tisch School of the Arts of New York University to study film and philosophy. But she left the program after a while in pursuit of her acting career.

Natasha Lyonne is in a relationship with actor, screenwriter, singer, and comedian Fred Armisen since 2013. He is around 13 years older than her.

Natasha Lyonne made her screen debut playing a minor role as Arab Girl in the 1990 film, A man Called Sarge.

She was cats in small roles until she landed a breakthrough role as Djuna “DJ” Berlin in the 1996 musical comedy film, Everyone Says I Love You. She was 16 years old then and her performance in the film was critically praised by critics.

Natasha made her television debut in the 1986 children television program Pee-wee’s Playhouse for her role as Opal.

Talking about her major works in the entertainment industry, her performances in the American Pie series and in the Netflix comedy-drama series Orange Is the New Black are still considered to be her best work till date.

Natasha Lyonne’s net worth is estimated to be $3 million. She lives in New York City.

She along with her family lived in Israel for a short while before her parents divorced and she returned to New York with her mother and brother.

Lyonne has revealed that she began to live independently after 16 and wasn’t that close with her family.

She has not even turned five when she was signed by the Ford modeling Agency. She was only six years old when she was cast on the TV series Pee-wee’s Playhouse.

Lyonne has faced a series of legal troubles due to drug addiction. In the early 2000s, she was arrested for driving under the influence of alcohol, careless driving and fleeing the scene of an accident. She was released after posting a bond.

In 2005, she was evicted by her landlord, actor Michael Rapaport, following complaints by other tenants about her behavior.

In 2005, she was diagnosed with Hepatitis C, heart infection, and a damaged lung. She underwent an open heart surgery to correct the damage caused to her heart through infection.

In 2017, she won the Best Actress Award in the 2017 Fangoria Chainsaw Awards for her performance in Antibirth.

She is close friends with her Orange Is the New Black (2013) co-stars, Laura Prepon and Taylor Schilling.