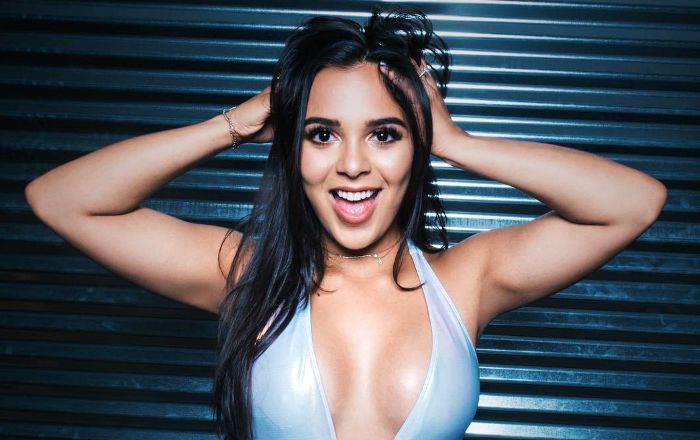 American YouTuber Natalies Outlet known for her YouTube channel “Natalies Outlet” where she posts DIY craft ideas, beauty and lifestyle videos. She gives a lot of ideas and life hacks to her internet family whom she refers to as Outties. Her channel has amassed over 8.3 million subscribers and not to mention her strong fan base on Twitter and Instagram.

Not much is known about her family background. Her parents name are unknown. She has a sister named Angelica Alzate.

Natalie graduated with an Associates Degree from Valencia College in 2014. She then studied Marketing at the University of Central Florida.

She hasn’t appeared in any film or TV show.

Natalies created her self-titled YouTube channel in August 2014 and started posting life hacks, beauty, and fashion videos. Soon her videos started attracting people and her channel has seen substantial growth over the years, having earned more than 5 million subscribers as of January 2018. Her primary channel features DIY and life hack videos, as well as beauty and fashion vlogs.

She also has another Spanish language channel called Natalies Outlet docs who has over 442K subscribers.

Having huge fans across different social media, she monetizes her popularity by promoting brands and products through videos and posts.

Natalies has a net worth of $0.6 million US dollars that results from ad revenue, brand endorsements, and other business activities.

In 2015, She became a part of YouTuber Michelle Phan’s fitness and beauty network called Icon Network along with Jamie Greenberg, Jkissa, CloudyApples, Sonya Esman, and SunkissAlba.

She and her husband Dennis co-host the Natalie & Dennis Show.

Her most popular videos are “11 Pranks For Back to School!”, “Funny Pranks for Back to School Using School Supplies”, “10 Lit Life Hacks for Things You’ve Been Doing Wrong”, among others.