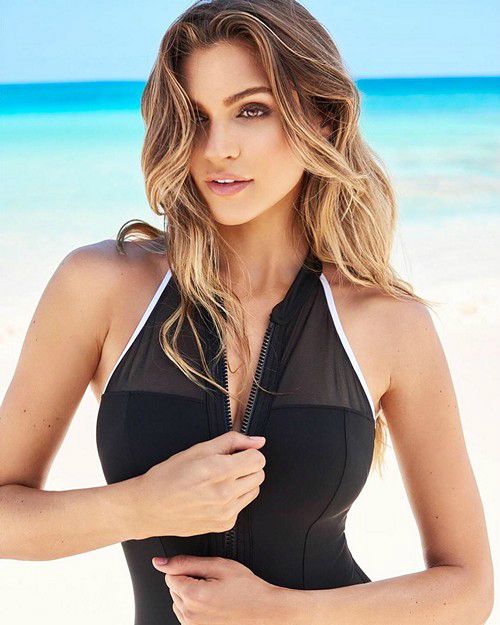 Who is Natalie Pack?

Natalie Pack is an American fashion model who made it to the headlines when she won the Miss California USA in 2012. She is also known as a finalist for Cycle 12 on America’s Next Top Model. She is known for her work with BL!SSS Magazine, Jockey International, Donna Danes and Billabong.

Natalie Pack was born on the 30th of March 1989, in Palos Verdes, California, United States of America. She is currently 30 years old.

Natalie attended the University of California, Irvine. She was also an intern at Hoag Memorial Hospital Presbyterian in 2012.

Natalie had her television debut with the reality TV show America’s Next Top Model in 2009.

In 2005, Pack appeared in an episode of The Dog Whisperer with Cesar Millan.

Natalie has an estimated net worth of $3 million, according to the media. She lives in Newport Beach, California

She started doing modeling at the age of 13 years old.

At the age of 19, Pack was selected as a finalist for cycle 12 of America’s Next Top Model.

Natalie won the Miss California USA 2012 and eventually participated in the Miss USA pageant, but didn’t win the competition.

She was featured in a Season 2 episode of the reality series The Dog Whisperer.

She has done modeling work for Jockey International and BL!SSS Magazine and walked the runway for Billabong and Dona Daneshi in the past.