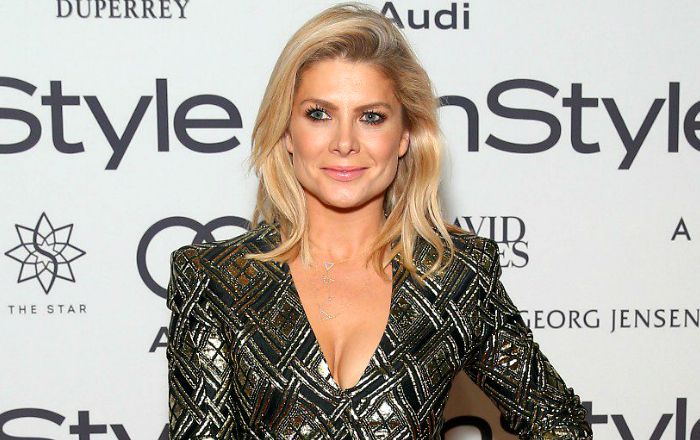 Who is Natalie Bassingthwaighte?

Australian recording artist and actress Natalie Bassingthwaighte best known for her role as Izzy Hoyland in the soap opera Neighbours. Started her career in musical theatre, she later ventured into acting and appeared on TV shows. She was a judge and mentor on The X Factor Australia. She used to be a lead singer of the Australian electro-pop band, Rogue Traders, and released her debut solo album 1000 Stars in 2009, which spawned the platinum top-ten hits “Alive” and “Someday Soon”.

Natalie’s parents are Betty and Michael Bassingthwaighte. Her father worked as the CEO of a health care insurance provider and her mother was a theatre nurse, beauty therapist, and hairdresser. She has one older sister named Melinda Sheldrick and two younger sisters, Lisa Fogarty and Nicole Moore.

Bassingthwaighte completed her primary school education from Balarang Primary School of Peter Pan. She then enrolled at Wollongong High School of the Performing Arts and graduated from the Australian College of Entertainment.

Natalie Bassingthwaighte married her longtime boyfriend Cameron McGlinchey on 4 December 2011. They have two children together, daughter Harper Rain Sinclair McGlinchey (b. August 2010) and Son, Hendrix John Hickson McGlinchey (b. May 2013).

She was previously married to Graham Wilmott, a chef from Wollongong, in 1998 and they lived together for two years.

Bassingthwaighte made her onscreen debut as Jinx de Luxe in the 2006 thriller film, When Darkness Falls.

Natalie Bassingthwaighte released her debut album titled 1000 Stars on 20 February 2009. The album went on to debut at number one on the ARIA Albums Chart and was certified gold. The album’s lead singles, “Alive” and “Someday Soon”, were certified Platinum.

Hosting the first three seasons of the Australian version of So You Think You Can Dance, which earned her three Logie Awards nominations.

She served as a judge and mentor in the reality show The X Factor Australia in its third, fourth, fifth and sixth seasons.

Played the role of Izzy Hoyland in the Australian soap opera Neighbours, which earned her three Logie Award nominations.

Bassingthwaighte has an estimated net worth of $10 million US dollars as of 2020.

She is often referred to as Nat Bass in the media and by fans.

Standing at 5’3″, Bassingthwaighte is described as “pint-sized” and “tiny”.

She was recruited as the lead singer of the Aussie electro-pop band Rogue Traders, and she left the band in 2008 to pursue her solo music career.

In April 2008, she released her first book, Sistahood: A Journal of Self-Discovery, co-written with her younger sister Nicole Moore.

Natalie Bassingthwaighte was chosen from over 6000 people for the role as Mrs. Cohen in the Australian tour of the rock musical, Rent in 1999.

In January 2011, she performed at the Sydney Opera House, in Love, Loss and What I Wore, a play “about women, their relationships and memories”.

In 2015, she launched her own clothing line called Chi Khi aimed at children aged 0-4 which featured natural bamboo cotton fabrics and clothing.

In 2017, she became a contestant on the third season of the reality series I’m a Celebrity…Get Me Out of Here! Australia, and placed third in the finals.