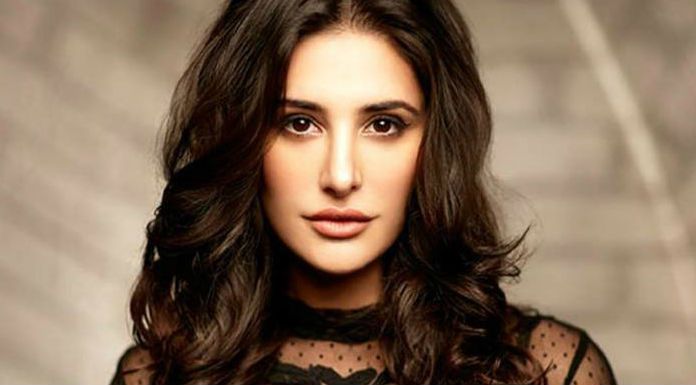 Who is Nargis Fakhri?

Nargis Fakhri is an American-born Indian actress, model, singer, who mainly appears in Bollywood films. She is best known for her role in the 2011 blockbuster romantic drama Rockstar, which earned her a Filmfare Award for Best Female Debut nomination. She has appeared in commercially successful movies such as Madras Cafe (2013), Main Tera Hero (2014), Spy (2015) and Housefull 3 (2016). She appeared as a contestant in the second and the third cycle of the reality show America’s Next Top Model in 2004.

Fakhri started working at the age of 15 where she used to teach arts, ceramics, and crafts to the neighborhood children. After graduation, she forayed into the modeling world knowing that everyone had craved for her boldness and beauty during her college days. Despite her looks and talent she failed to make it big in Hollywood and entered Bollywood through the Kingfisher’s calendar girls campaign in 2009. Apart from movies, she has also made a sensation in Bollywood by performing in numerous item songs which ended up as super hits.

Nargis Fakhri was born on 20th of October 1979, in Queens, New York, United States. She is currently 39 years old.

Nargis was born to a Pakistani father, Mohammed A. Fakhri and a Czech mother Marie A. Fakhri. Her father died when she was seven years old, thus her childhood was a troubled one for her as she struggled to make her ends meet.  She has a younger sister named Aliya Fakhri, who is a model.

She attended Queens College University in New York and earned a BA degree Major in Fine Arts and a minor in Psychology.

Ranbir Kapoor (2011) – Fakhri was rumored to be dating Ranbir Kapoor when they worked together in the 2011 film Rockstar.

Uday Chopra (2014) – She was rumored to have a fling with a co-star Uday Chopra in early 2014. They were spotted enjoying their vacation in the Maldives.

Fakhri was first seen playing the role of Heer Kaul in the 2011 Hindi film Rockstar alongside Ranbir Kapoor and directed by Imtiaz Ali.

In 2014, she competed on the second and third cycle of reality TV series, America’s Next Top Model.

As a singer, she released her singles Habitaan Vigaad Di and Woofer (ft. Snoop Dogg) in 2017. The former charted at #22 on Asian Music Chart while the latter peaked at #4 on the chart. She has featured in music videos for both the tracks and also appeared in Lilly Singh’s “If My Indian Dad Was A Rapper” and Satinder Sartaaj’s “Tere Vaastey” music videos.

She has associated with a number of brands and products like Bruno Banani ‘Magic Woman’ fragrance, Platinum, Reebok, Pond’s, Kerovit by Kajaria (sanitary brand), etc.

She has a net worth of US$13 million and gets a remuneration of Rs 1 to 2 crore per film. She is one of the highest paid actress in Bollywood and most popular celebrity in the entertainment industry. She owns several real estate properties in Indian and the United States of America. She owns a lavish residential house in Mumbai, Maharashtra, India and a posh mansion in  New York City. She has a Range Rover.

She is of half Pakistani (on dad’s side) and half Czech descent (on mom’s side).

If Nargis weren’t into acting, she would have worked in Arts and Psychology.

Though she has roots from Pakistan, Nargis Fakhri has never been there.

During her stint in modeling, she traveled across and lived in many countries like Australia, New Zealand, Singapore, Thailand, Hong Kong, Germany, England, Costa Rica, Cape Town, and Denmark.

She received a Filmfare Award nomination for her performance in her debut film Rockstar.

Nargis Fakhri is the first woman of Pakistan ancestry to have appeared in America’s Next Top Model.

She is an accomplished Kathak dancer.

In 2015, she won the Bollywood Life Awards for Most Motivational Celeb on Social Media and Filmfare Glamour and Style Awards for Ciroc Not The Usual Award for her work in the movie Main Tera Hero (2014).

She is a part of Board of Advisors (for their entertainment division) for MindShare Ventures Group (New York-based company).

Fakhri had once said that she never watched any Bollywood film until making her debut in 2011.

In October 2017, Fakhri was selected as a One Young World counselor, alongside Kofi Annan, Doutzen Kroes, and Cher to speak at their summit in Bogota.