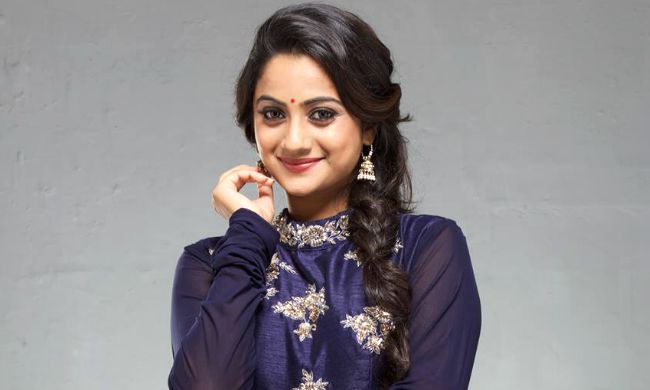 Who is Namitha Pramod?

Namitha Pramod is a renowned Malayalam actress who is best known for her roles in films like Puthiya Theerangal, Chandrettan Evideya, and Vikramadithyan, among others. Beginning her acting career at a young age, she has starred in several films as well as won numerous accolades for her roles in the films. She has also appeared on the popular reality show Ningalkkum Aakaam Kodeeshwaran on Asianet.

Namitha’s father, Pramod, is a businessman and her mother, Indu, is a housewife. She was raised in Kumarakom along with her younger sister Akhita Pramod.

Namitha attended Carmel Girls Higher Secondary School in Thiruvananthapuram. She, then, enrolled at the St. Teresa’s College from where she graduated with a BA degree in Sociology in June 2014.

Pramod is quite reluctant who rarely opens about her private life. She has kept that aspect of her life away from the spotlight and thus there is not much information available of any relation she has had in the past or in the present.

Namitha made her acting debut with the 2011 film, Traffic, in which she played the role as Riya.

She first appeared in the TV series called Velankanni Mathavu in 2009. She has also featured on several shows like Amme Devi and Ningalkkum Aakaam Kodeeshwaran.

She has endorsed a number of brands as well as appeared in their commercials including Bhima Jewellers, Francis Alukkas and Ripple Tea.

She is one of the leading actresses in the Malayalam film industry who charges a considerable amount of money for her roles in films. Apart from that she also makes money from brand endorsements, TV appearances, events, and public appearances. Namitha Pramod has an estimated net worth of $0.6 million US dollars as of 2017.

She began acting when she was in 7th grade in serials like Vellankanni Mathavu, Amme Devi and Ente Manasaputhri.

Over the years, she has acted in the Malayalam thriller Traffic (2011), Pullipulikalum Aattinkuttiyum (2013), the comedy Chandrettan Evideya (2015), the coming of age film Vikramadityan (2014) and the comedy horror Adi Kapyare Kootamani (2015), to name a few.