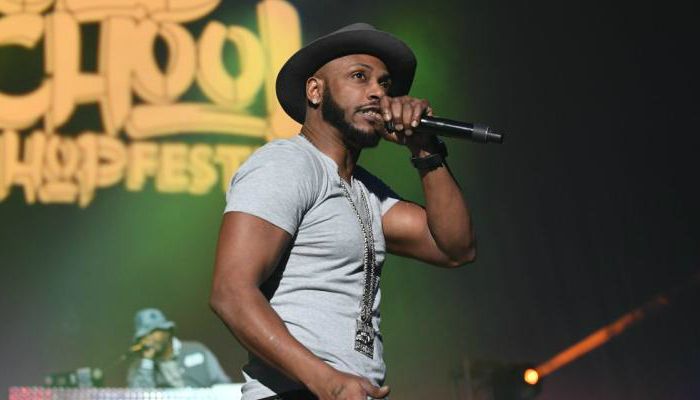 Michael Lawrence Tyler, popularly known by his mononym Mystikal, is an American rapper and actor. His meteoric rise to stardom came with a string of chart-busters along with “let’s Get Ready,” which his most popular album to date, in both positive acclaim and sales. It grabbed platinum twice in the United States. Over the years, this virtuoso has released five studio albums, one independent album, two compilation albums and twenty-five singles- many of which have peeked the music charts.

Mystikal was born on the 22nd of September 1970 in New Orleans, Louisiana, United States of America. He is currently 49 years old.

Speaking about Mystikal’s family background and his early life, his father died when he was seven years old. He was raised by his mother. He has a sister named Michelle Tyler.

Michael attended Cohen High School. After graduation, Mystikal joined the United States Armed Forces enlisted as a Combat engineer where he served in the Gulf War. While in the Army, he took psychology and business classes but spent more time performing raps in NCO clubs.

Mystikal dated novelist Karrine Steffans in the past. The details about their intimate relationship were revealed in her biography, The Vixen Diaries, where she has elaborated about their love life. He has two children, a son, Million and a daughter, My’chelle.

He dropped his first album, Mind of Mystikal in October 1995. It was certified as Gold by American Recording Industry.

In 1995, He was first seen in the musical talk show Soul Train as himself.

Mystikal has an estimated net worth of $3.5 million as of 2019. Through his successful career as a rapper, he made an immense amount of money as well as his acting career has also contributed a big share to his net worth. He monetizes his videos by uploading to his YouTube channel which has more than 50 thousand subscribers and 30 million views.

He lives in a luxury house in New Orleans, Louisiana. He has a large fleet of expensive cars, comprising of brands like Mercedes, Range Rover, etc.

Mystikal’s first independent album, Mystikal was released in 1994. It went on to peek on various music charts and its success garnered him fame and recognition. He lost his sister during the recording of his album.

In January 2004, the authorities sentenced Mystikal to 6 years prison stint after he pleaded guilty to the charge of forcing a hairstylist to perform oral sex art. He had initially claimed it was a consensual act.

In January 2006, he was found guilty by the federal court in tax misdemeanors and was handed a year sentence, which he was allowed to serve simultaneously with his previous prison sentence.

In February 2012, he was arrested by the authorities after he was embroiled in a dispute with his female partner. He was charged with domestic abuse battery.