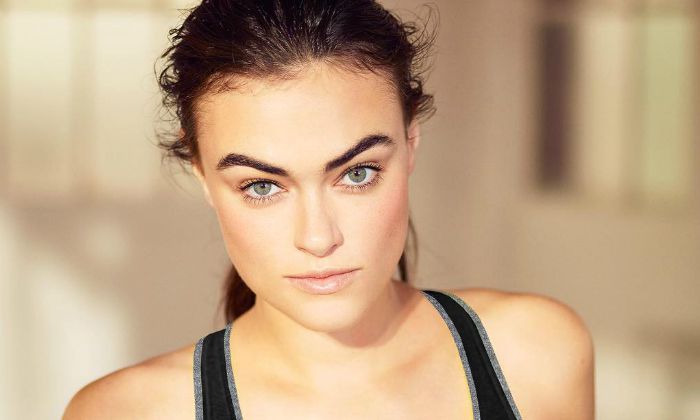 Who is Myla Dalbesio?

Myla Dalbesio is an American model and performance artist probably best known for her editorial feature on magazines such as LOVE, Purple, Vogue India, Dazed & Confused, Viva Moda, Elle France, and Elle Italia. She started off as a “plus-size” model at age 18 for the Ford Modeling Agency. Myla came under the radar when she modeled for Calvin Klein’s “Perfectly Fit” underwear campaign that received heavy criticisms for labeling her as a “plus-size” model. In addition to modeling, she is also a professional photographer and artist whose works have been in such magazines as Playboy, HEARTS, and P Magazine. Her self portrait appeared on the first non-nude issue of Playboy in 2016.

Myla Dalbesio was born on the 26th of June 1987, in Harrisburg, Pennsylvania, United States of America. She is currently 32 years old.

Myla Dalbesio is the daughter of Nancy (Vasy) and John Anthony DalBesio. She grew up in Racine, Wisconsin. She has two sisters, with one of them running a dance studio. Her mother passed away when she was young and her father was also no more.

After graduating from high school, Myla attended and studied Fine Arts at the University of Wisconsin-Madison.

Myla Dalbesio married her longtime boyfriend Nathan Hageman in Tulum, Mexico, in July 2018. She wore an embellished custom wedding gown designed by the New York-based designers Sachin & Babi. The couple tied the knot amidst 80 guests outside a beach house in Tulum.

Although Myla Dalbesio has not appeared in feature films, she has starred in short films including Scratch’n’Sniff (2015), The Models (2019) and Droit au Coeur (Radio-Canada) (2006).

Myla Dalbesio’s modeling career started after she won the Miss Wisconsin Teen USA at the age of 16. Modeling scouts Jeff and Mary Clarke discovered her during the pageantry and tried to launch her as a regular-size model.

Despite several attempts made by them, modeling agents refused to recognize as a “straight-size” model. Two years later, finally, she was signed by the Ford Modeling Agency as a plus-size model (size 10).

In addition to her successful modeling career, Myla has also had aspirations for arts. In 2011, she did three performance art shows titled “Homecoming,” “Homecoming: Sophomore Year,” and “Young Money.” “Young Money” consisted of her dressing up like a stripper, covering herself in fake tanner and champagne, then walking around the Chelsea Art Walk topless as she stared down those in attendance.

Even though the exact net worth of Myla has not yet disclosed publicly, several sources have claimed worth to be around $300 to $1 million dollars.

As a swimsuit model, Myla Dalbesio is not afraid to show off her curves in bikinis and swimwears. She has over 150 thousand Instagram followers to which she offers a glimpse of her shoots, editorials and other photoshoots.

Dalbesio won the Miss Wisconsin Teen USA title in 2004 when she was 16 years old.

In 2014, she modeled for Calvin Klein’s “Perfectly Fit” underwear campaign, which nearly ended up in controversy as several media outlets mistakenly labeled her as a “plus-size” model.

In 2015, Dalbesio was included in Models.com’s “Hot List”, as well as she was placed on Maxim magazine’s Hot 100 list the same year.

Myla has appeared in ad campaigns for H&M, Levis, Abercrombie & Fitch and Coach.

As a passionate photographer, Myla has photographed herself for a self-portrait story for the first non-nude issue of Playboy in 2016.

Her portraits have also appeared in magazines such as HEARTS, 2003, and P Magazine.

Besides being a model and a photographer, Myla is also known as a performance artist. In 2016, she organized an all-female art show called “You Can Call Me Baby” for New York-based fair SPRING/BREAK.

She has published two art books – Born Rich, which was published in 2013 and Studies of Ecstasy in 2015.

Myla launched her website called “Our Stories, Ourselves” in 2017, which serves as a “non-partisan space for women to share their experiences” in video responses to weekly prompts.

Myla Dalbesio was named as one of the Sports Illustrated Swimsuit rookies in February 2017 and has since modeled for the magazine.