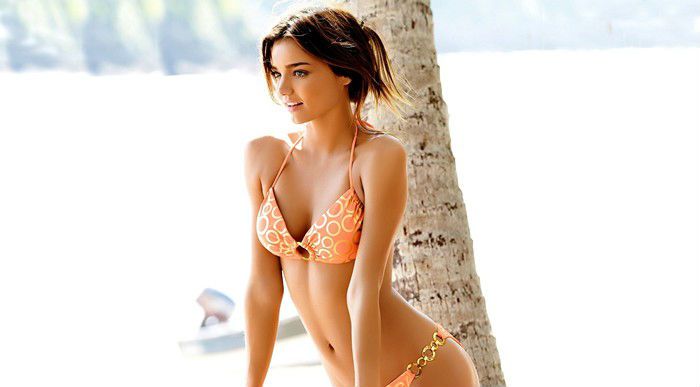 Who is Miranda Kerr?

Most beautiful women intend to begin a career in the entertainment industry, Miranda Kerr is one such elegant, beautiful and talented lady from Australia took the glamour industry by storm in late 2006. She is best known as Victoria’s Secret Angels and the only Australian to achieve the feat ever. Having started her career in modeling at her tender age, Kerr achieved fame and international recognition in 2007 when she was signed by Victoria’s Secret. Since then, Kerr became unstoppable and earned fame, reputation and wealth, making her one of the biggest icons in the fashion world. Today, Kerr is one of the highest paid models in the world, and of course, her unmatched beauty coupled with immeasurable talents earned her a prominent place in the fashion industry.

Miranda Kerr was born on the 20th of April 1983, in Sydney, New South Wales, Australia. She is currently 36 years old.

She attended All Hallows’ School in Brisbane, Queensland, Australia. She also studied nutrition and health psychology.

Orlando Bloom (2007 – 2013) – Kerr began dating English actor Orlando Bloom in 2007 and married him on July 22, 2010. They together have a son named Flynn Christopher Blanchard Copeland Bloom. They announced their separation in October 2013.

James Packer (2013) – She was rumord to be dating Australian businessman James Packer in late 2013.

Evan Spiegel (2015 – Present) – Kerr began dating billionaire Snapchat co-founder/CEO Evan Spiegel in 2015 and they married on May 27, 2017. She amassed her fans by sharing her wedding photographs on Instagram. She welcomed her first child with Spiegel, a son named Hart Spiegel, on 7 May 2018. In March 2019, she announced that they are expecting their second child.

Miranda was first seen in Ready to wear – Autumn / Winter 2005 fashion show where she walked for Heatherette.

She didn’t appear in any movie till date.

Miranda was first seen in CBS cit com How I Met Your Mother in 2007.

In December 2015, she was announced as the ambassador for The Royal Hospital for Women in Sydney.

She has an estimated net worth of $45 million. With such impressive wealth, Miranda Kerr makes it to the list of elite models and the richest and mots sought after model in the world. All of her money comes from catwalks, endorsement deals and commercials.

Kerr owns a Toyota Prius, a Audi A8, a Range Rover Westminster, and a Audi Q7. She was also seen cruising around in her silver gray Jaguar XJL.

Kerr and her husband Spiegel bought a 7,164 sq-feet lavish mansion for $12 million last year. This luxury mansion features seven bedrooms, eight bathrooms, a large guest house, a pool and pool house, home gym, and all the bells and whistles required to be equipped in a celeb house.

Just like a familiar face in the fashion world, Kerr is equally more popular on social media platforms as well. Follow her on:

Kerr embarked on her modeling career at age 13 after winning the 1997 annual Dolly magazine/Impulse model competition.

Dimples are her trademark. Kerr is regarded as one of the sexiest women in the world.

Miranda Kerr has graced the covers of famous fashion magazines and has won several awards and titles to this date. Kerr had a successful career on and off the ramp.

Outside the runway, she has her own cosmetic line and a skincare line called KORA Organics.

In June 2017, Kerr surrendered $8 million in jewelry, which was given to her by Malaysian financier Jho Low in 2014, to the US government amid an inquiry into the 1Malaysia Development Berhad scandal.

She also enjoys several lucrative endorsement deals, making her one of the wealthiest models in the business with a net worth of $45 million dollars.