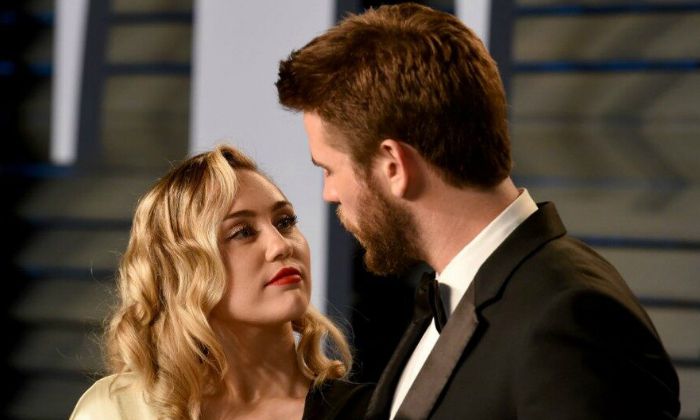 Fans of the 26-year-old singer, Miley Cyrus, were super upset and the Twitter is freaking out over the split of Miley Cyrus and Liam Hemsworth.

The news broke out after People magazine reported, “Liam and Miley have agreed to separate at this time. Ever-evolving, changing as partners and individuals, they have decided this is what’s best while they both focus on themselves and careers. They still remain dedicated parents to all of the animals they share while lovingly taking this time apart. Please respect their process and privacy.”

Rumors began to swirl around when Miley posted a photo of herself on the photo-sharing app Instagram on Saturday where she doesn’t appear to be wearing her wedding ring. She captioned the pic, “Mute me if you don’t want SPAMMED.”

Miley and Liam were married back in December 2018. They had an on-again, off-again relationship since 2009.

Furthermore, Miley was snapped kissing and cuddling Brody Jenner’s ex-wife Kaitlynn Carter, 30, on Saturday, as they enjoying their vacation in Lake Como, Italy. Carter recently announced her separation with her ex-husband Brody. Is something brewing between the two?