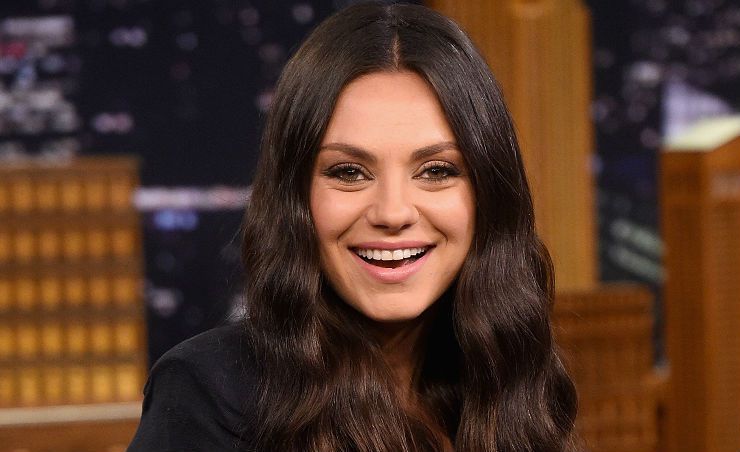 Who is Mila Kunis?

Mila Kunis is an Ukraine-born American model and actress who rose prominence for her role of Jackie Burkhart in the Fox sitcom, That ’70s Show. Since then, many of her portrayals in television shows were popular before making her stint in movies. Not only she stunned the television audience with her power-packed performances but also garnered fame and international recognition with movies like ‘Forgetting Sarah Marshall’, ‘Extract’, ‘The Book of Eli’, ‘Black Swan’ and ‘Friends with Benefits. With her charming next-door girl appeal and versatile acting, Mila Kunis caught the attention of men and women worldwide because of which many of her movies have been nominated for several awards and obviously she has also won several accolades over the years.

At the age of seven, Mila relocated to Los Angels from Ukraine with her family. She attended Hubert Howe Bancroft Middle School in Los Angeles. She used an on-set tutor for most of her high school years while filming That ’70s Show.

She briefly attended Los Angeles Center for Enriched Studies (LACES), and then transferred to Fairfax High School, graduating in 2001. She also went to UCLA and Loyola Marymount University in Los Angeles.

Her left eye is green while the other is brown.

Kunis began dating actor  Ashton Kutcher, whom she met on the sets of ‘That ’70s Show’. The couple got engaged on February 27, 2014, and married on July 4, 2015, in a private affair in Oak Glen, California. They both together have a daughter and a son named, Wyatt Isabelle Kutcher (born October 2014) and Dimitri Portwood Kutcher (born November 2016), respectively.

At her eighteen, she started dating American actor Macaulay Culkin. Their relationship lasted only for 8 years but they officially made their split in 2011. In January 2011, Kunis’ publicist confirmed reports that Kunis and Culkin had ended their relationship, saying “The split was amicable, and they remain close friends.”

Kunis made her debut in the 1995 horror film Piranha playing Susie Grogan. It was a TV film. She got breakthrough for her role as Rachel in the 2008 romantic-comedy film  Forgetting Sarah Marshall.

She first lent her voice in the 2005 film Stewie Griffin: The Untold Story for a character named Meg Griffin.

Mila first appeared in the 1994 TV show Days of Our Lives, playing Hope. She appeared only in one episode. Her breakthrough role came in 1998 playing Jackie Burkhart in the television show That ’70s Show (1998-200). She did as many as 200 episodes.

She lent her voice in the animated TV show Family Guy for her role as Meg Griffin.

She has been associated with a number of brand and products over the years, including  Gemfields, and whiskey company Jim Beam. She has also featured in Barbie doll commercial.

“That is the biggest form of bullying ever, the paparazzi. Printing lies, making accusations, it’s just bullying.”

“I’ve definitely grown apart from a lot of my friends. Some of them don’t understand the schedule, and it’s not that I don’t want to talk to them, it’s that sometimes I am really busy and can’t get back to them.”

“I’d rather be in love and have a baby than have a movie.”

“I am very much a creature of habit, and I have no life consistency. None.”

“I honestly think being single’s great. Being in a relationship’s great. It’s all about the timing.”

Being a most popular actress in Hollywood, Mila Kunis has an estimated net worth of $65 million. She is one of the highest paid actresses in the entertainment industry. Her remuneration for a movie stands at around $12 million US dollars while she charges $14 million for every brand endorsement. She has a range of exotic brands, including a Lexus SC 430 and a Range Rover Overfinch.

Mila Kunis lives in a picture-perfect luxurious mansion worth $10 million US dollars in Beverly Hills, Los Angeles, California, USA. She brought this house in 2010 and also owns several real estate properties across the country.

She moved to the United States along with her family when she was just seven after winning a lottery ticket. Not knowing a word in English, she got enrolled at Rosewood Elementary School and tuned to television shows to learn the language.

Having pulled towards acting at her early age, Mila attended acting classes after school. She did more than 15 commercials even before she turned 14.

Mila bagged a major role in The 70s Show, she continued doing odd jobs to pay the bills for a long time. She even filled in for a friend’s employees at a shop named Natural Wonders when the show was running its third season.

Her performance as Lily in the 2010 movie Black Swan gained her Premio Marcello Mastroianni for Best Young Actor or Actress at the 67th Venice International Film Festival. She demanded her father not to watch the sex scene which she shared with Natalie Portman in the film.

In 2011, her cellphone and her email accounts were hacked by a certain Christopher Chaney, who pleaded guilty in court.

In 2012, she ranked at no. 3 in Maxim’s Top 100 Hot Women in the World and the Esquire magazine rated her as one of ‘Sexiest Women Alive’.

In 2013, she ranked 89th in Forbes list of 100 powerful celebrities. The ranks were based on money, Television and radio popularity, social and marketability. She ranked 14th in marketability and that was her highest.

Mila Kunis is well-known for her annoying ways and comic timing.