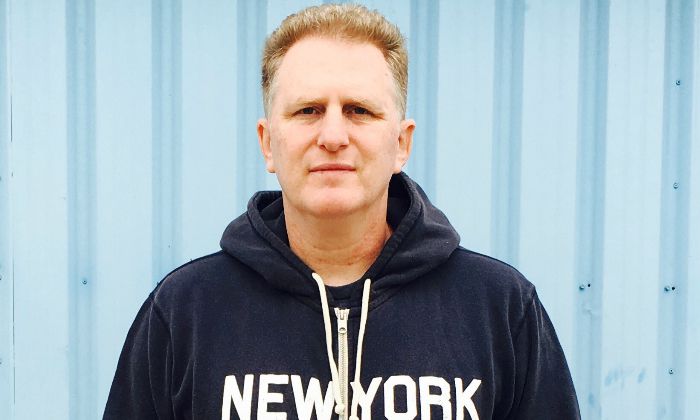 The New York native, Michael Rapaport, is an American actor and comedian best known for his roles in movies such as “True Romance”, “Higher Learning”, “Metro”, “Cop Land”, “Deep Blue Sea”, “The 6th Day”, and “The Heat”. His net worth in 2019 is roughly around $12 million.

Born Michael David Rapaport to parents June Brody and David Rapaport, he attended Martin Luther King High School in New York City. He lived with his family in the Upper East Side neighborhood of Manhattan for almost his entire teenage life. He belongs to Ashkenazi Jewish ethnicity.

At age 19, he moved to Los Angeles to try his hand as a stand-up comedian. It was his stepfather who helped him get an entry into the stand-up world.

Rapaport earned his first acting credits in the TV show “China Beach” in 1990. He followed it up with small time roles in both television and films. In 2001, Rapaport landed the main role in the drama series “Boston Public” as Danny Hanson and went on to play Dave Gold on Fox sitcom “The War of Home” and Doug Gardner in the Netflix series “Atypical”.

He voiced the characters Squirt and Squeak in the animated series “Pound Puppies” that aired on Hub Network from 2010 to 2013. His film credits include “Sully”, “Chuck”, “Higher Learning”, “Deep Blue Sea”, and “The Heat”.

Rapaport married his long time girlfriend, actress Kebe Dunn, in 2016. He has two children from his previous marriage with writer and producer Nichole Beattie.

As of 2019, Michael Rapaport’s net worth is estimated to be $12 Million dollars.