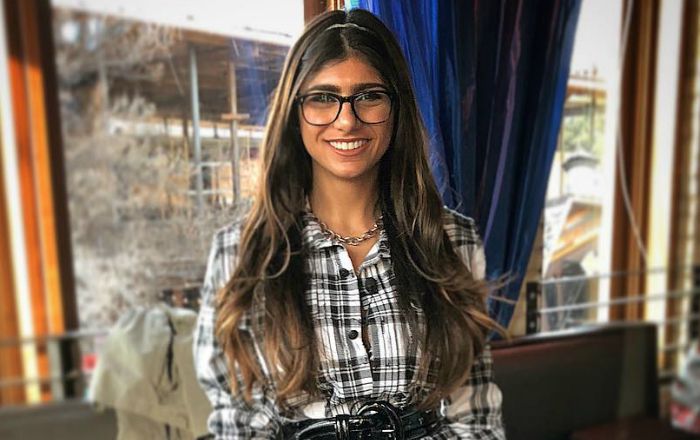 Undoubtedly, the Lebanese-born American social media personality, sports commentator and former adult film actress, is one of the biggest names in the adult film industry. As of 2019, Mia Khalifa has an estimated net worth of $4 million dollars.

Born in Beirut, Lebanon, she moved with her family to the United States when she was six years old following South Lebanon conflict. They settled down in Montgomery County, Maryland.

Khalifa attended Massanutten Military Academy and graduated from the University of Texas at El Paso with a Bachelor of Arts degree in History. She did modeling and also worked as a bartender during her time in college.

After college, Mia Khalifa moved to Miami, hoping to become a supermodel. There she was discovered by a modeling scout, who asked if she is interested in doing pornographic films. She debuted into the adult film industry in October 2014 with a bang.

In January 2015, Khalifa signed a long-term contract with Bang Bros’ parent company, however, she scrapped the deal after two weeks. In fact, she had only starred in adult films for just three months. During this time, she received a lot of death threats after she became the most popular on P*rnhub.

After quitting the adult industry, she worked as a paralegal and bookkeeper before shifting her focus to social media. Today, the internet sensation is more of a social media personality, leading her life as a sports commentator. She has a large following on social media with over 16 million followers on Instagram.