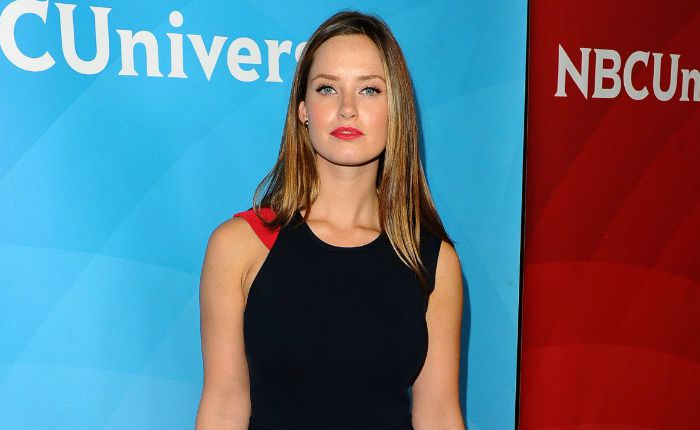 Who is Merritt Patterson?

Merritt Patterson is a Canadian actress who became known for her role as Olivia on the short-lived Pretty Little Liars spin-off Ravenswood. She gained further momentum in her acting career with her portrayal of Ophelia on E! network’s television series The Royals. In addition to her successful acting career, she is also a talented dancer, who has won several competitive dance titles.

Merritt Patterson was born on the 2nd of September 1990, in Whistler, British Columbia, Canada. She is currently 29 years old.

Merritt has not unfolded a lot of information about her personal life like her family background and her upbringing. Her father name is Dave Patterson and she grew up with her sister Mackenzie Patterson.

Information about her educational background is currently unavailable as she has not revealed those data publicly.

Talking about her relationship status, very little is known about her love life and dating history. She doesn’t want tabloids to pry eyes on her private life. In an interview with Galore Magazine in 2015, she revealed that she had a relationship with a man, however, she declined to reveal his identity.

Merritt Patterson made her screen debut with the fantasy horror film ‘The Hole’ as Jessica in 2009. She was credited as Merrit Patterson in the film.

Her first television appearance was a guest-starring role as Ashleigh Redmond in an episode of the ABC science fiction series ‘Kyle XY’ in 2006.

Merritt is widely known for her starring roles in the E! channel drama TV series, The Royals and in the supernatural teen drama series, Ravenswood.

She has an estimated net worth of $1.5 million. She lives in Los Angeles, California, United States.

She was raised in Whistler, British Columbia, Canada.

While in school she practiced dance and participated in many competitive dance shows.

In 2010, she outperformed 10,000 competitors to win the Canadian Herbal Essences’ Teen Model Search.

She started her career as a model before landing roles on television and films. However, in her early career, she had a tough time finding modeling representation as she was mostly rejected for her short stature.

Merritt was originally chosen for a recurring character Tess in the ABC Family series Ravenswood. But show producers later replaced model Elizabeth Whitson and cast her in the starring role of Olivia.