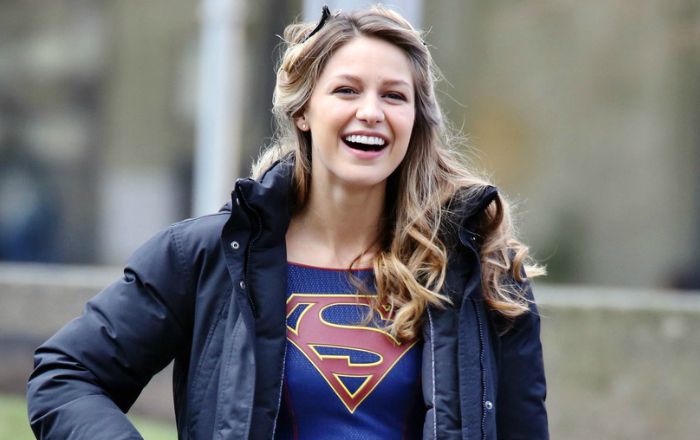 Who is Melissa Benoist?

Melissa Benoist is an American actress best known for her portrayal of Kara Danvers / Supergirl in the CBS/CW superhero drama series Supergirl. She gained popularity among television audiences starring as Marley Rose on the popular television series Glee, for which she was nominated for a Teen Choice Award. Her film credits include Whiplash (2014), Danny Collins (2015), The Longest Ride (2015), Patriots Day (2016), Lowriders (2016), and Sun Dogs (2017).

Melissa Benoist was born on the 4th of October 1988, in Littleton, Colorado, United States of America. She’s currently 31 years old.

Melissa Benoist is the daughter of Julie and Jim Benoist, a physician. She has two sisters: Jessica, a novelist, and Kristina, an ecological scientist, and five half-siblings from her father’s remarriage. Her parents divorced when she was young. She was raised by her mother.

She earned a Bachelor of Arts in theatre arts from Marymount Manhattan College in New York City in 2011.

In 2017, Melissa Benoist began dating her Supergirl co-star, Chris Wood. They made their first public appearance as a couple walking the red carpet together at the 2018 Tony Awards held at Radio City Music Hall on June 10, 2018. The couple were engaged in February 10, 2019, and married in September 2019.

She was previously married to her Glee co-star Blake Jenner from 2013 to 2017.

Benoist was first seen in the 2008 American drama film Tennessee as Laurel Michaels.

All though she has not released an album, she has contributed to Glee’s soundtrack albums from 2012 to 2015. While auditioning for Glee in New York at the Roundabout Theatre Company, singing a different song for each of her five auditions including: “Fidelity” by Regina Spektor, “King of Anything” by Sara Bareilles, a Colbie Caillat song, and several musical theater pieces.

Her first major role came in 2012 when she was cast as Marley Rose on the Fox musical comedy-drama television series Glee. In 2013, she was nominated for Teen Choice Awards for Choice TV Breakout Star.

Her portrayal of the title character in the CBS/CW superhero drama series Supergirl from 2015 to present.

Melissa’s net worth is estimated to be $3 million dollars.

She took dance lessons at the age of 3.

She made her stage debut in 2000 in the musical The Sound of Music at the Country Dinner Playhouse for his role as Little Brigitta.

In 2015, Benoist suffered an injury that tore her iris, which caused one pupil to be permanently enlarged.

She has three tattoos: a wolf on her left wrist, a feather and the word “free” on the back of her neck, and a bicycle on her left foot.

Melissa Benoist made her Broadway debut playing the titular character in the Broadway show Beautiful: The Carole King Musical at the Stephen Sondheim Theatre on June 7, 2018.

She named her dog Otis after the assistant of Lex Luthor from “Superman.”

She loves acting more than singing.