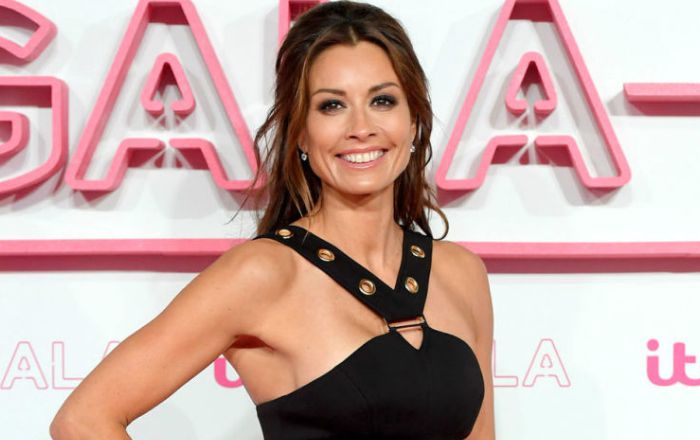 Who is Melanie Sykes?

Model and television presenter Melanie Sykes who is best known for co-hosting Today with Des and Mel with Des O’Connor and Let’s Do Lunch with Gino D’Acampo. She appeared as a contestant on the 14th season of I’m a Celebrity…Get Me Out of Here!, finishing in third place, behind runner-up Jake Quickenden and winner Carl ‘Foggy’ Fogarty.

Melanie Sykes is the daughter of Wendy and Robert Sykes. She has two sisters, Samantha Sykes (Older) and Stacy Sykes (Younger).

She is of Anglo-Burmese on her father’s side and Anglo-Indian on her mother’s side.

Melanie Sykes married Italian actor Daniel Caltagirone in January 2001. Together, they have two sons, Roman (born 2002) and Valentino Luca (born 21 July 2004). They broke up their marriage in July 2008 and their divorce was finalized on June 2009.

After that, Sykes started dating Jack Cockings in August 2012 and eventually married on 18 May 2013 at Sherborne Castle in Dorset. In November 2013, Mel was arrested over an assault against Cockings. The pair separated in December 2013.

Even though Sykes hasn’t appeared in any feature film, she was cast in a 6-minute short film Justified Technophobe.

Melanie began her television career as the reporter of Planet 24’s production of the light entertainment TV show, The Big Breakfast from 1997 to 2001. Thereafter, she has presented several hit TV shows and radio features.

This budding English television presenter has a net worth of $5 million.

Mel first shot to nationwide fame appearing in a memorable Boddington’s Beer commercial in which she wore a bikini.

Sykes has hosted a lot of award ceremonies, including Miss World, the BAFTA Awards and the Q Awards.

Her television credits include “The Big Breakfast”, “Eastenders Revealed”, “Melanie Sykes Southall Stories”, “Today with Des and Mol”, “The Vault”, “Celebrities Under Pressure”, “Gene Detectives”, “Let’s Do Lunch with Gino and Mel”, and “Missing Millions”.

Sykes has her own line of underwear and lingerie with high street chain and retailer Debenhams.

In June 2016, Sykes launched a lifestyle website which features fitness, food and lifestyle content as well as celebrity interviews and competitions.