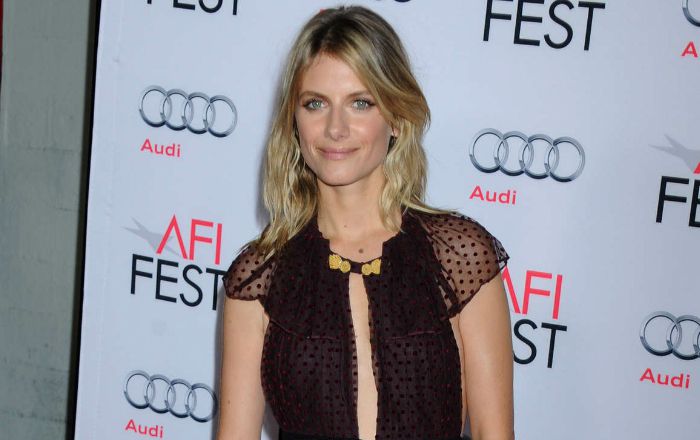 Who is Melanie Laurent?

Melanie Laurent is an immensely popular French actress, singer and filmmaker. The stunning beauty is best known for her role as Élise “Lili” Tellier in the 2006 drama film Don’t Worry, I’m Fine, a role that earned her a César Award for Most Promising Actress. She made the leap to international fame and recognition with her role in the 2009 blockbuster war film Inglourious Basterds. She won several awards for her performance in the film including Screen Actors Guild Award. Over the year, she has appeared in many French and Hollywood movies including Operation Finale, Night Train to Lisbon, Et soudain, tout le monde me manque, and Beginners.

Melanie Laurent was born on the 21st of February 1983 in Paris, France. She is currently 37 years old.

Melanie’s mother, Annick, is a ballerina, and her father, Pierre Laurent, is a voice-over actor. She has a brother named Mathieu Laurent.

She is Jewish, of both Ashkenazi (Polish-Jewish) and Sephardic (Tunisian-Jewish) ancestry. Laurent attended Lycée Hector Berlioz in Vincennes, France.

Melanie Laurent is married to her longtime boyfriend whose identity is concealed. In 2013, she confirmed that she got married to a man, who was a crew member but declined to reveal his name. She and her husband welcomed their first child, a son, Leo, on September 30, 2013.

Before marriage, she was in a couple of relationships, including French actor Julien Boisselier. They both dated from 2009 to 2009.

In 2010, she was rumored to be dating Scottish actor Ewan McGregor. And again in 2011, tabloids reported she and actor Bradley Cooper were dating, which turned out to be a rumor.

Mélanie Laurent got her acting career started when she was offered a minor role in the French movie “Un entre rives.”

She had her first appearance on television in1998 with the French TV series “Les de Sophie”, in which she portrayed “Young Madeleine de Fleurville” in an episode titled “Retour en France”.

Mélanie Laurent debuted singing with the release of her debut studio album “En T’Attendant” on May 2, 2011. The album consists of twelve tracks and it charted at #23 on the Belgian Albums Charts and #35 on the French Albums Charts.

It wasn’t long before she gained fame in the international circuit with her role as Shosanna Dreyfus in the 2009 Inglourious Basterds. She won several awards, including an Online Film Critics Society Award and a Screen Actors Guild Award for her performance in the film. The success of these films led her to starring roles in both French and Hollywood productions.

Movies – Hiroshima Mon Amour, The War is Over

She has an estimated net worth of $8 million with a substantial amount of her wealth coming from screen appearances and film production.

Her father, Pierre Laurent is best known for having dubbed the character Ned Flanders in the French version of The Simpsons.

She was discovered by actor Gerard Depardieu, who was the man behind her entry into the creative industry. He saw her on the sets of the movie Asterix et Cesar and asked her whether she would be interested in doing films.

She made her acting debut at 16 with a minor part in The Bridge, a French film co-directed by Depardieu.

In 2008, she made debut as a director with De moins en moins, a short film that she also wrote. It was nominated for Best Short Film at the 61st Annual Cannes Film Festival.

She is good friends with Marion Cotillard and Mélanie Doutey.

She had her first stage appearance with the play Nicolas Bedos’s Promenade de santé in 2010.