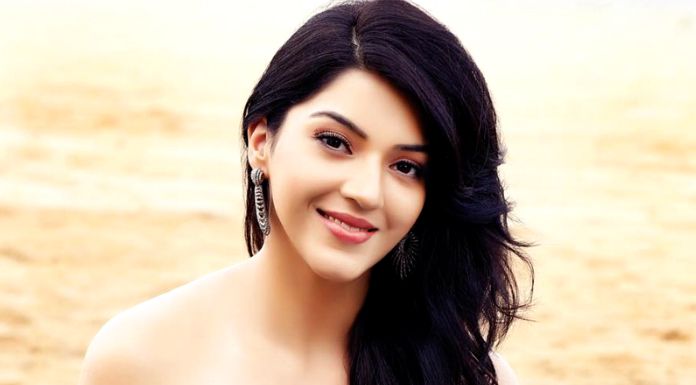 Who is Mehreen Kaur Pirzada?

Mehreen Kaur Pirzada is a popular model and actress who needs no introduction, at least for Telugu film fanatics. The young beautiful and talented actress has versatile personalities and a trained Bharatanatyam dancer and an air pistol shooter. She is a member of Model United Nations (MUN) and Round Square Conferences and has affiliated India at Young Global Leaders Conference at Washington D.C. and New York. Her acting credits include Nenjil Thunivirundhal, NOTA, Mahanubhavudu, Kavacham, Chanakya, to name a few.

Mehreen was born on the 5th of November 1995, in Bathinda, Punjab, India in a Sikh family. She is currently 24 years old.

Mehreen’s father is a farmer and real estate agent and her mother is a homemaker. She has a younger brother, Gurfateh Singh Pirzada, who is also a model and actor.

She attended an all-girls school called Mayo College Girls School in Ajmer, Rajasthan, where she was a school student council member. She later completed her schooling at Pathways World School in Aravali, Gurgaon. Her adventurous and bold persona made her the Vice President at School interact club and an active member of the International Rotary Club. In fact, she was even a member of the school’s NCC.

Mehreen Kaur Pirzada is known to keep her personal life under the wraps and hasn’t yet disclosed anything about her current relationship status or past relationships.

Mehreen Kaur Pirzada’s dream of becoming an actress came true with the 2016 Telugu film Krishna Gaadi Veera Prema Gaadha, marking her debut in the film industry. She played the role of Mahalakshmi alongside Nanai, which went on to become a box office success.

The same year, she made her Hindi debut with Phillauri, which had Anushka Sharma in the lead. Her portrayal of Anu received positive reviews and gained traction amongst the audience. The film was also successful at the box office. The following year, she made her Tamil debut, Nenjil Thunivirundhal alongside Sundeep Kishan, which is yet to release.

She hasn’t appeared in any of the television series but featured on a few promotional talk shows.

Mehreen is the face of Dove India. She has worked with Nikon, Pears, and Thumbs Up on television commercials and print media.

This budding actress ventured into the entertainment industry last year, and hence, she is yet to cast in big projects. Mehreen Kaur Pirzada’s net worth is under review. She lives in a swanky house in Hyderabad, Telangana, India.

Mehreen started her modeling career at her tender age of 10 and walked the runway. She was crowned Kasauli Princess at a beauty pageant.

She has signed with a modeling agency, Jemini Face Modelling and walked the runway for famous designers through the agency.

Pirzada has appeared in a number of commercial ads in Indian and Canada.

Mehreen has been the Silver Recipient through for Gold from Duke of Edinburgh for Adventure and Trekking for her successful attempt to Gomukh.

She was a national level air pistol shooter. And, an avid traveler, who use to set on adventurous expeditions regular.

If not an actress, she would have been a doctor.