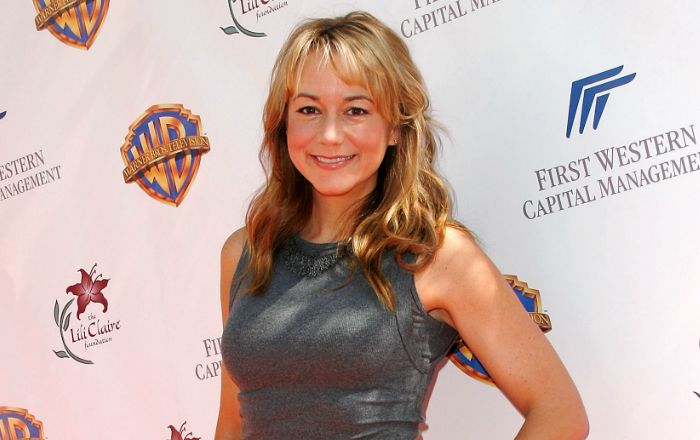 Who is Megyn Price?

American actress who shot to fame for her starring role as Claudia Finnerty in the FOX Network/WB sitcom Grounded for Life. She also starred as Audrey Bingham on the CBS sitcom Rules of Engagement, and Mary Roth on the Netflix sitcom The Ranch. Her film credits include Mystery, Alaska, and Larry the Cable Guy: Health Inspector.

Megyn Price was born on the 24th of March 1971, in Seattle, Washington, United States of America. She’s currently 49 years old.

Megyn Price is always reluctant to discuss about her family background to the media. She has a brother, Joseph, who works a computer specialist.

She attended attending Norman High School in Norman, Oklahoma. She then enrolled at Stanford University from where she majored in economics and communication in 1992.

Megyn Price is married to her high school friend, Edward Cotner, who is a doctor by profession. Together, they have a daughter named, Grace, born on July 7, 2007. Their wedding took place in a secret affair and thus we do not have any information pertaining to her marriage.

She was previously married to Bill Lawrence, a writer. Their marriage life was short lived when they broke apart and later divorced.

Megyn Price made her feature film debut in 1999 in the film Mystery, Alaska for her role as Sarah Heinz.

Her first television appearance happened in the year 1993 when she joined the cast of Quantum Leap as Suzanne Sanders. She debuted in an episode titled “Liberation – October 16, 1968”.

She has since appeared in a number of TV shows like Common Law, LateLine, Grounded for Life, Rules of Engagement and The Ranch.

As of 2020, the gorgeous actress has an estimated net worth of $4 million US dollars.

Megyn wrote and produced a play, ” Here Comes the Sun” while she was in high school.

She was also a Presidential Scholar and a National Merit semifinalist.

During school years, she acted in school productions and also performed at a conservatory theater in San Francisco. She thought acting was “the dumbest career choice anyone could possibly make”.

After graduation, Megyn Price briefly worked as an investment banker before she got onto acting.

She has guest appeared on many television shows, including Saved by the Bell: The New Class, Renegade, The Drew Carey Show, Will & Grace, and Drop Dead Diva.

Presently, she has been cast in the Netflix comedy series, The Ranch along with Ashton Kutcher and Elisha Cuthbert, playing Danny Masterson’s love interest.