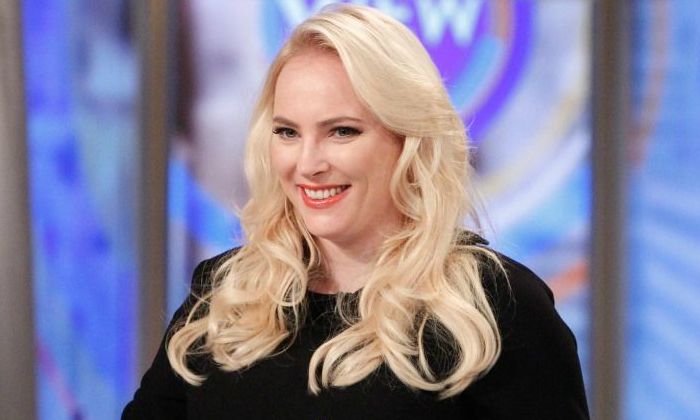 Who is Meghan McCain?

Hailing from Phoenix, Arizona, Meghan McCain has been in the spotlight for most of her life ever since she made a public appearance at the 1996 Republican National Convention. Being the daughter of the late U.S. Senator John McCain, the multi-talented Meghan started her blogging career in 2007 with her blog, McCain Blogette, on which she wrote about fashion, music, and pop culture as well her shared about her part on the 2008 presidential campaign of John McCain.

To be precise, her media career began in 2009. She joined The Daily Beast as a contributing writer and then worked for MSNBC before joining Fox News as a contributor in July 2015. Meghan McCain co-hosted the afternoon talk show Outnumbered on Fox News for about a year. She quit the Fox Network in later 2017 and joined ABC where she co-hosts The View apart from working as a contributor and political analyst for ABC News by appearing on their reputable shows such as Good Morning America and This Week.

Meghan McCain was born on the 23rd of October 1984, in Phoenix, Arizona, United States of America. She is currently 36 years old.

Meghan McCain comes from a big family as she is the fourth of the eight siblings. Her father, Late John Sidney McCain III, was a politician and a military officer. Her mother, Cindy Lou Hensley McCain, on the other hand, is better known as a businesswoman, philanthropist, and humanitarian.

Meghan was educated at the Phoenix Country Day School in her hometown and graduated from Xavier College Preparatory, an all-girl private Catholic high school in Phoenix, Arizona. She further pursued her studies at Columbia University and earned her bachelor’s degree in art history.

McCain is married to conservative writer and commentator Ben Domenech. She met him on Twitter. They got engaged in July 2017, followed by their marriage on November 21, 2017, at McCain’s family ranch in Sedona, Arizona. In July 2019, McCain revealed that she suffered a miscarriage earlier that year.

Meghan McCain had originally aspired to become a journalist and interned at Saturday Night Live and Newsweek during her college days. She began blogging back in 2007, launched her blog called “McCain Blogette,” where she covered various lifestyle topics including beauty, fashion, and pop culture. In fact, she promoted her dad’s 2008 presidential campaign through the blog and also documented her role throughout the campaign.

Her passion to be a journalist led to several opportunities that most women don’t often get. She gained immense fame so early in her career and became a national figure as a columnist for The Daily Beast and an MSNBC contributor. McCain hosted a radio program called America Now from 2015 until 2017.

She often gets into controversies for her social-media statements and columns that were published on major publications. As a passionate journalist, McCain launched her own road-based talk show called “Raising McCain” on Pivot TV in late 2013.

The docuseries is basically a talk show where she’s encountered by unexpected experts and everyday people and exploring a range of topics from bullying and feminism to sex overload and the death of romance. After that, she hosted the late-night news program “TakePart Live” on Pivot.

In July 2015, she joined the FOX News as a contributor and hosted the afternoon talk program “Outnumbered” from November 2013 to September 2017.

Later that month, Meghan McCain joined ABC as a co-host on the Emmy Award-winning daytime talk show “The View”. In addition to being a co-host, she is also a contributor to ABC’s popular shows “Good Morning America” and “This Week.” Meghan has been able to prove that she can embrace anything thrown at her throughout her career. No matter what she puts her mind to, she succeeds at it.

She has achieved a lot of success as a television personality throughout her career that has earned her a handsome amount of net worth. Meghan McCain has a net worth of $10 million.

Her claim t stardom began at a very young age when she launched her lifestyle blog back in 2007, which later revamped to a political blog.

She is a Pro-Life advocate.

Meghan McCain is a New York Times best-selling author and has published three books so far in her career. Her first book, “My Dad, John McCain” came out in 2008, followed by her memoir “Dirty Sexy Politics” in 2010 and her most recent book, “America, You Sexy Bitch: A Love Letter to Freedom,” was released in 2012.

She is close friends with actress Barret Swatek and Janice Dean.

Meghan was featured in the most renowned Playboy magazine’s April 2012 issue.

She is a Republican.

In 2018, Meghan was nominated for Daytime Emmy Award in the category “Outstanding Entertainment Talk Show Host” for her work as a co-host on The View.