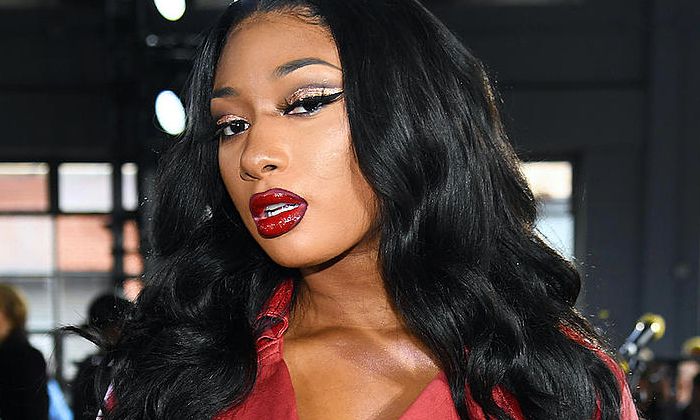 Who is Megan Thee Stallion?

Hailing from Houston, Texas, the 25-year-old, Megan Thee Stallion has already gained much popularity as a rapper. She has become a huge influencer in the industry that she became the first female rapper to be signed by the renowned label, 300 Entertainment. While Megan is a talented rapper in her won right, it was social media, especially Instagram that helped people discover her talents when videos of The Houston Cypher broke the internet in 2016. Since then, the Texas rapper is showing no signs of slowing down, scoring hit numbers, and being loved by millions of her fans. Her unique style of rapping with her strong Houston accent combined with her sexually explicit lyrics made her stand out from the rest in the rap scene.

Her first full-length album, Fever, was released in May 2019, which peaked at number 10 on the US Billboard 200. Some of her viral singles include “Big Ole Freak”, “Hot Girl Summer” featuring Nicki Minaj and Ty Dolla Sign, “All Dat”, “Ride or Die”, “B.I.T.C.H.”, “Captain Hook” and “Savage”. In 2019, Variety named Megan as the “Breakthrough Artist” of the year.

Megan Thee Stallion was born as Megan J. Pete on the 15th of February 1995, in Houston, Texas, United States of America. She is currently 25 years old.

Megan Thee Stallion is the daughter of Holly Thomas, a former rapper better known by her stage name “Holly-Wood”. Her mother succumbed to brain tumor in March 2019.

She was raised by her mother in the South Park neighborhood in Houston and then spent four years in Pearland, Texas from age 14 through 18.

For her education, Megan attended and graduated from Pearland High School in 2013. She, then, enrolled at the Prairie View A&M University., however, she deferred her studies. Megan attended Texas Southern University, from which she graduated with a Bachelor’s degree in health administration.

Though there’s not a lot to share about Megan’s dating life, she was linked to rapper Moneybagg Yo in 2019. The couple were spotted on several occasions spending time together.

Megan Thee Stallion kick-started her rapping career in 2016 with the release of her first single, “Like a Stallion.” Her first EP, “Make It Hot,” featuring seven tracks, arrived that same year, with one of its single “Last Week in H TX” gaining more than 4 million YouTube views.

released her debut album “Fever” via 300 Entertainment on May 17, 2019. The album features 14 tracks, including singles “Sex Talk”, Simon Says” featuring Juicy J, “Money Good”, “Cash Shit” featuring DaBaby. It peaked at #10 on the US Billboard 200, making her the 7th female rap project to reach the top ten in the last 10 years.

Through all her accomplishments as a successful rapper, Megan Thee Stallion has accumulated a net worth of $3 million, as of 2020. There is no doubt that Megan will continue to have a successful career by inspiring people of all ages all over the world. The future of her rapping career and her ability to influence others is tremendous.

Obviously no stranger to social media, Megan uses it to connect with her fans and followers, who eagerly await her newest tracks and albums. She’s extremely popular on Instagram with over 12 million followers. Her Facebook and Twitter have a collective following of 5 million followers. She can also be found on YouTube, where her self-titled channel has been subscribed to by over 2 million people.

She grew up listening to Southern rap staples like Three 6 Mafia and Pimp C, and started writing her own raps when she was just 14 years old.

She adopted the stage name “Megan Thee Stallion” due to her tall stature and looks.

Megan used to go to recording studios with her mom as a young girl and when she expressed her passion for rapping, her mom asked her to wait until she was 21 to pursue rapping as a career.

She named her second EP after her alter ego “Tina Snow,” which generally received positive reviews.

Megan became the first female rapper to ink a recording deal with 300 Entertainment in November 2018.

She co-wrote the song “Handsome” for Chance The Rapper‘s debut studio album, “The Big Day,” which was released in July 2019.

Megan expresses her sexuality through her lyrics and performances.