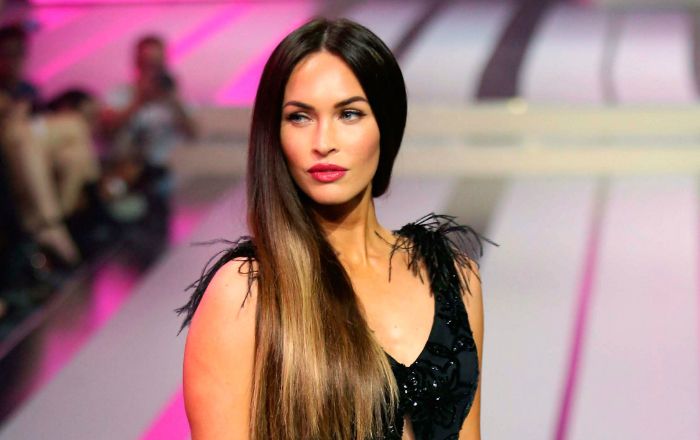 Who is Megan Fox?

American actress and model Megan Fox shot to worldwide fame for her breakthrough role as Mikaela Banes in the commercial successful film Transformers. She reprised the role in the sequel Transformers: Revenge of the Fallen that won her two Teen Choice Awards in categories of Choice Female Hottie and Choice Summer Movie Star Female. She also starred as April O’Neil in Teenage Mutant Ninja Turtles and its sequel in 2016.

Megan Fox was born on the 16th of May 1986, in Oak Ridge, Tennessee, United States of America. She’s currently 33 years old.

Talking about her school life, Fox said, “I hated school and has never been a big believer in formal educatio, and the education I was getting seemed irrelevant.”

Megan Fox married actor Brian Austin Green on June 24, 2010, in a private ceremony at the Four Seasons Resort on Maui. They started dating in 2004 and became engaged in November 2006. In February 2009, they called off their engagement and the pair reconciled in 2010 and got engaged on June 1, 2010.

I have no friends and I never leave my house.

I could see myself in a relationship with a girl; Olivia Wilde is so sexy she makes me want to strangle a mountain ox with my bare hands. She’s mesmerizing.

I resent having to prove that I’m not a retard.

Fox was just 15 when she made her onscreen debut in the 2001 film “Holiday in the Sun” which was a Direct-to-Video film.

Her first theatrical film was the 2004 film “Confessions of a Teenage Drama Queen”, in which she played the role of Carla Santini.

In 2002,  Megan Fox was cast in the TV series Ocean Ave as Ione Starr. Her television credits include New Girl, Hope & Faith, and The Help.

Her regular role as Sydney Shanowski on the ABC sitcom “Hope & Faith”.

Her breakthrough role as Mikaela Banes, opposite Shia LaBeouf in “Transformers” and “Transformers: Revenge of the Fallen”.

Megan Fox has a net worth of $8 million. She lives with her family in a lavish  5200 sq. ft. estate in  Los Feliz located in Los Angeles, California. She owns a Mercedes-Benz CLS55 and a Mercedes-Benz G550.

Her parents divorced when she was three years old and was raised by her mother and her stepfather, Tony Tonachio. She had a very strict upbringing.

At 5, She took training in dance and drama in Kingston, Tennessee.

Fox won several awards during her modeling career and at age 15, she started acting in films and TV series.

She is a huge fan of animals and has two goats, Lulu and Coco, a dog and a cat.

She has a total of 9 tattoos on her body.

Megan Fox suffers from the fear of flying and listens to Britney Spears songs while flying to overcome the fear.

Fox is considered one of the modern female sex symbols and has appeared in magazines such as Maxim, Rolling Stone, and FHM.