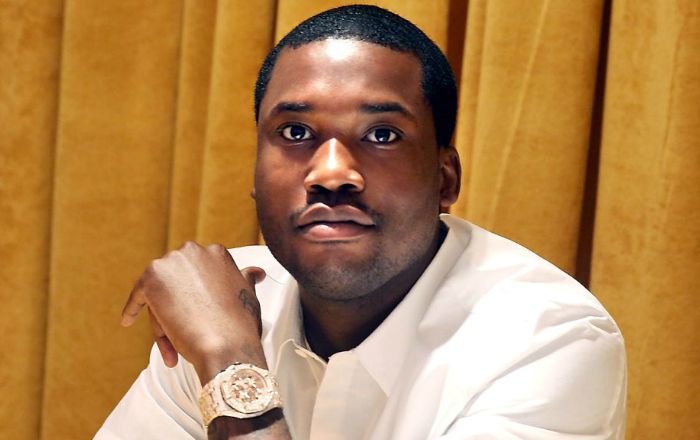 Who is Meek Mill?

Meek Mill is a famous hip-hop recording artist from Philadelphia who is best known for her studio albums, ‘Dreams and Nightmares’, ‘Dreams Worth More Than Money’, and ‘Wins & Losses’. His debut studio album debuted at #2 on the U.S. Billboard 200 while his second and third albums peaked at #1 and #3 on the U.S. Billboard 200, respectively. He has his own recording label, Dream Chasers Records.

Meek Mill was born on the 6th of May 1987, in Philadelphia, Pennsylvania, United States of America. He’s currently 32 years old.

Unfortunately, there’s not much information available about Meek Mill’s early life and family at the moment. His mother name is Kathy Williams. He has an older sister named Nasheema Williams. Details about his education are unknown either.

Meek Mill started dating rapper and singer Nicki Minaj in early 2015 and they ended their relationship in January 2017. The duo dated for almost two years during which they used to accompany on each other’s world tours. Post their split, Nicki released a single, “Regret in Your Tears” in 2017, which elaborated their breakup in detail.

Meek Mill released his debut studio album, “Dreams and Nightmares”  on October 30, 2012, via Maybach and Warner Bros labels. The album features the singles, “Amen” featuring Drake, “Burn” featuring Big Sean, “Young & Gettin’ It” featuring Kirko Bangz and “Believe It” featuring Rick Ross. Ity debuted at no. 2 on the U.S. Billboard 200 and no.1 on the U.S. hip hop charts.

Meek Mill debuted as an actor in the drama film “Streets”  in 2011.

In 2011, Mill made his first appearance in the music series “RapFix Live” as himself. He starred in two episodes of the series.

He has appeared in TV commercials for Puma, Comcast TV, etc.

Meek has an estimated net worth of $9 Million.

His father was murdered when he was five years old, apparently during an attempted robbery.

His family succumbed after his father’s death, left with no sources of income. He was raised in poverty where his mother used to do various odd jobs to make their ends meet.

Growing up, Meek was influenced by the independent hip-hop artists Chic Raw and Vodka and embarked on to the pop scene.

He and his three friends formed a rap group called The Bloodhoundz which apparently didn’t last long.

Meek became famous in the hip hop world through his mixtapes. He was subsequently signed by fellow American rapper Wale to his Maybach Music Group (MMG) label and went on to release his first album.

Mill was arrested for illegally possessing a firearm and assaulting the police when he was 18 years old.

Since then, he has been arrested and served jail term several times for parole violation and other offenses.

On March 11, 2017, Mill was arrested at a local airport in St. Louis, Missouri for assaulting two pedestrians. On November 6, 2017, he was sentenced to two to four years in state prison for violating his parole.

Mill received two-to-four year prison sentence in November for violating probation on a 2008 gun and drug case. On April 24, 2018, Mill was released on bail after an appeal to the Pennsylvania supreme court.

In May 2019, The Cosmopolitan of Las Vegas apologized to Mill after they turned him away when he attempted to enter the resort on grounds of discrimination.

In August 219, Meek Mill pleaded guilty to a misdemeanor gun charge, and all other charges in relation to the 2008 gun and drug case were dropped. This ended a 12-year long case and will not have to serve any additional time in prison and will no longer be on probation.