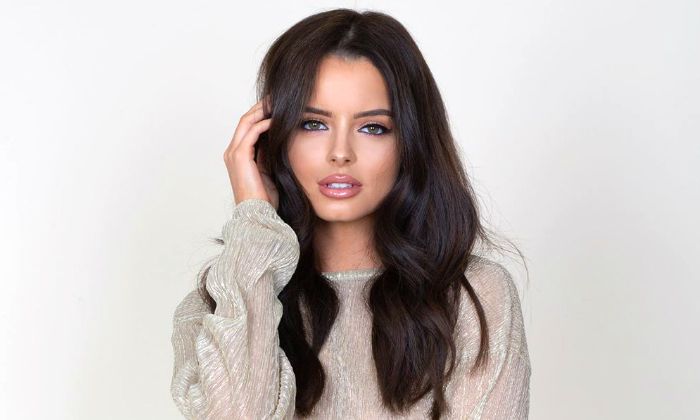 Who is Maura Higgins?

Maura Higgins is an Irish model and ring girl who caught the spotlight with her appearance as an islander on the Revival of a British dating reality show Love Island. Her gorgeous looks, outspoken attitude and confidence have earned her a legion of fans on social media and being a model, it isn’t surprising that she has more than 2.5 million people following her on her Instagram page. On the work front, she has appeared on the music video for Liam Payne’s 2017 hit single “Get Low.” Apart from that, she has worked with several big names in the industry. Moreover, as a grid girl, Maura has been featured at motocross events and also worked with famous athletes.

Maura Higgins was born on the 25th of November 1990, in County Longford, Ireland. She is currently 28 years old.

Speaking about her personal life, Maura hasn’t disclosed her parent’s identity or if she has any siblings or not. However, some sources have claimed her sister to be Becki Higgins.

Furthermore, Maura prefers to say away from the limelight when it comes to her family as well as her educational background. With her popularity soaring as we speak, we can ascertain that we would uncover things about her as they are revealed as such.

Talking about her romantic life, Maura Higgins describes herself as a relationship type girl and hates to be single. The budding reality confessed that she had been in a nine-year relationship with her boyfriend, which she ended a few years ago.

After that, she dated a guy for a while and they just broke up quite recently. During her time in the villa of ‘Love Island’, she developed feelings for boxer Tommy Fury. She confessed to him and requested for a kiss, to which Tommy denied, but she went on him and tried to kiss him, which caused an outrage among the fans of the show. Tommy ditched Maura and ended up with Molly-Mae Hague, another contestant of the show.

Maura Higgins is currently believed to be single, however, her recent vacation with dancer Curtis Pritchard, who was her partner in the reality show has raised the eyebrows of her fans. They came fourth in the show and went on a relaxing trip to Ireland after coming out of the show. Looks like they had some quality time together and even posted a few of their intimate pictures, hinting at something is brewing between them. They haven’t yet made their relationship public.

Maura Higgins appeared on the ITV2 reality show, Love Island, in 2019. She finished fourth in the series, pairing up with boxer Curtis Pritchard.

Undoubtedly, Maura gained a lot of attention during her time on Love Island 2019, whether it be causing trouble between Molly-Mae Hague and Tommy Fury or pairing up with Curtis in the second half of the series.

Being a ring girl, she has been associated with a number of high-profile boxing matches, including the fights between Dereck Chisora and Dillian Whyte and between Antony Joshua and Carlos Takam.

She has built quite a large following on social media, with her Instagram page garnering a whopping 2.5 million followers and over 120k followers on Twitter. Her Instagram page features a ton of her pictures from shoots and other modeling gigs, mostly revealing her enviable figure in swimsuits.

The Love Island star had denied rumors of having undergone surgeries to alter her look. However, she confirmed that she had lip fillers in the past as she had thin lips on Instagram.

Over the year of her successful modeling career, Maura has worked with plenty of famous names including athletes and artists, she also worked on a visual shoot with One Direction star Liam Payne.

Maura faced backlash on social media when she made sexual advances toward Tommy Fury though he wasn’t interested in her.

She has worked as a ring girl for several professional boxers including Anthony Joshua.

Maura has made appearances on events like Bellator MMA and FIA World Rallycross.