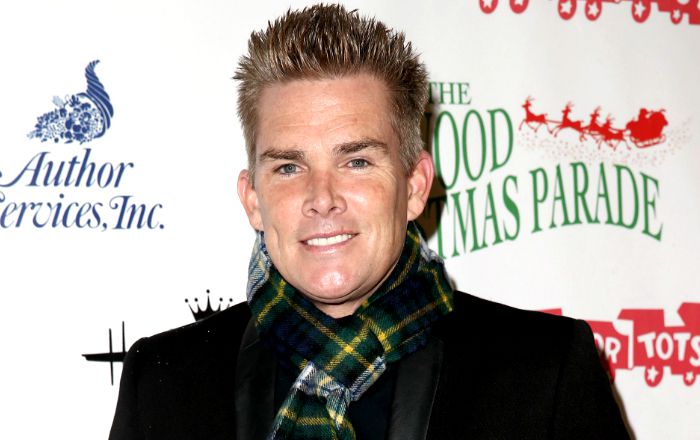 Who is Mark McGrath?

Mark McGrath is an American singer and the lead vocalist of the rock band Sugar Ray, who is known for co-hosting the TV show, Extra. He was also the host of many TV shows such as Don’t Forget the Lyrics! and Killer Karaoke among others. He has appeared in a number of TV shows including Celebrity Apprentice and will be competing on the first American edition of Celebrity Big Brother.

After completing his high school at attended Corona Del Mar High School in Newport Beach, McGrath got admission to the University of Southern California in Los Angeles where studied Creative Writing.

Mark McGrath married beautician Carin Kingsland on September 24, 2012, after 16 years of on-and-off dating.  The couple first met in 1994 and were engaged on New Year’s Eve 2009. They have two children, a son named Lydon Edward McGrath and a daughter named Hartley Grace McGrath, born on April 29, 2010.

Sugar Ray released its first studio album titled Lemonade and Brownies on April 4, 1995, under Atlantic Records. They have released a total of 6 albums till date –

In 1997, McGrath played the role of a Sugar Ray Band Member in the film, Father’s Day. He, then, appeared as himself in the film, Scooby-Doo in 2002.

He has appeared in a number of TV shows as well as hosted various TV shows. In 2004, he ventured into television as a co-host of the television show, Extra. He hosted the show from September 2004 to July 2008. In 2013, he appeared on Celebrity Wife Swap and the penultimate episode of The Office.

Mark McGrath has an estimated net worth of $6 million US dollars as of 2020.

McGrath formed a music band called Shrinky Dinx along with his high school friends, which was later renamed to Sugar Ray.

The band was first signed by Atlantic Records which launched their debut studio album, Lemonade, and Brownies and that wasn’t a success. They got their break in 1997 with the song ‘Fly’. Other noteworthy songs include “Every Morning”, “Someday”, and “When It’s Over”.

McGrath has appeared on the covers of magazines like Rolling Stone and Spin.

He also made several appearances on MTV, VH1 and a number of Talk shows.

He was named the Sexiest Rocker of 1998 by People magazine.

In 2018, he was announced as one of the eleven houseguests to be competing on the first American edition of Celebrity Big Brother.