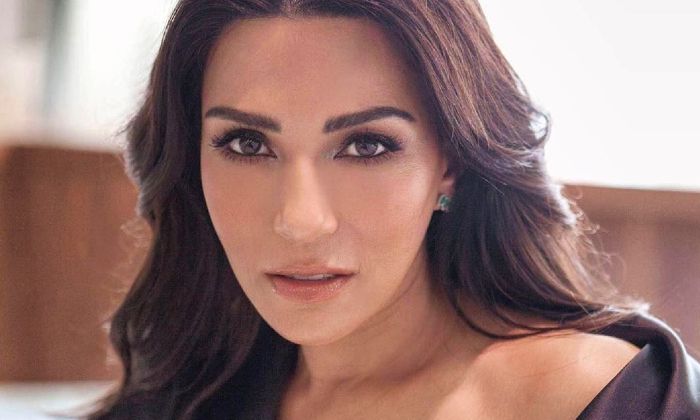 Who is Marisol Nichols?

Marisol Nichols is an American actress, who is perhaps best known for her portrayal of Special Agent Nadia Yassir on Fox’s 24 and as Hermione Lodge on the CW drama series Riverdale. In a career spanning almost 25 years, Marisol has done a lot of versatile roles, be it her power-packed performance in the 2008 prison drama movie Felon or playing the wife of Nick Monohan, the Gates new chief of police, on the ABC crime drama series The Gates. She has constantly vowed the audience with her stellar performance in both films and television that has won her critical acclaim and several accolades, including three ALMA Award nominations and the prestigious Golden Eagle Award for Most Promising Actress.

Marisol Nichols is the oldest of three children of Maria Pachnik, an American of Mexican ancestry, and Robert Falkenhof, who is of Hungarian Jewish/Romanian Jewish descent. She has two younger brothers.

Marisol was raised by her mother and her stepfather, Randy Pachnik. She attended and obtained her high school graduation from Naperville North High school in Illinois.

Nichols then enrolled at the College of DuPage in Glen Ellyn, Illinois. She auditioned and won the lead role in Arthur Miller’s, A View from the Bridge during her junior year in college. She also won a scholarship for Eastern Michigan University but she turned it down to pursue an acting career.

Marisol Nichols was first married to an Italian costume designer, Andrea Sorrentino, from 1995 to 1998. She began dating him after she met him during the filming of her movie My Father’s Shoes. The couple ended their married life in 1998, citing irreconcilable differences.

Following her marital relationship with Sorrentino, she began dating South African writer, director, cinematographer, Taron Lexton, and the couple married on April 13, 2008. She gave birth to their first child, daughter Rain India Lexton, on September 30, 2008. After being married for over a decade, things started to fell apart, and eventually, Nichols filed for divorce from her estranged husband in November 2018.

In 1996, she guest appeared in a TV pilot called “My Guys” as Angela, which aired on CBS.

That same year, she landed on an episode of the Canadian crime drama series, “Due South”, in which she played the role of Melissa.

After a string of guest appearances, Marisol Nichols landed the role of Victoria Santiago, one of her first major roles, on Showtime’s “Resurrection Blvd.” in 2000. She starred in the first three seasons of the series that eventually caught the attention of others in the industry.

Marisol had brief roles in TV series such as “Blind Justice” and “In justice” before landing one of the main roles in the Fox action drama series 24 as Special Agent Nadia Yassir. She received nominations for ALMA Awards for Outstanding Actress in a Made for Television Movie or Miniseries for straight two years in 2007 and 2008.

In 2017, Marisol Nichols was cast as Hermione Lodge, mother of one of the lead characters, Veronica Lodge (played by Camila Mendes), in the teen drama television series, “Riverdale”, which is based on the characters of Archie Comics. Other stars of the series include KJ Apa, Lili Reinhart, Camila Mendes, Cole Sprouse, Vanessa Morgan, Luke Perry, Madelaine Petsch, Casey Cott, Ashleigh Murray, and many others.

Though all her accomplishments as an actor, Marisol Nichols’s net worth, as of 2020, is estimated to be $3 million. Thanks to her appearances in high-profile projects and endorsements, Marisol has made an impressive net worth on her own right.

The Riverdale star has an exceptional social media following, thanks to her attractive looks and hourglass body shape. She’s got an impressive 3.4 million followers on her Instagram while her Twitter and Facebook have garnered over 300 thousand and 260 thousand followers, respectively.

She was actively involved in extracurricular activities during her adolescent years and took dance lessons, gymnastics, girl scouts and ballet lessons.

Marisol had a pretty rough childhood. She lived in many cities with her mom, did drugs at the age of 11, and was gang-raped when she was 11 years old.

She did odd jobs, including working at gas stations and restaurants to provide herself during her early years.

Nichols became a member of the Church of Scientology in 1997 after she was introduced to it by her chiropractor.

She made it to the “Hot 100” list by Vibe Magazine for the year 2007 and they described as “The Bombshell”.

In 2011, she was featured in the music video for Kristin Chenoweth’s song “I Want Somebody to Bitch About”.

She is known for her humanitarian efforts and founded her non-profit, Slavery Free World Foundation, in 2014.