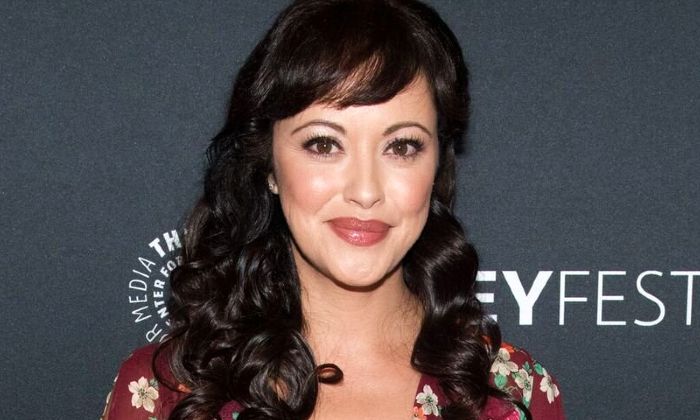 Who is Marisa Ramirez?

Marisa Ramirez is an American actress and model who hails from Los Angeles, California, She gained a lot of fame lately for her role as Detective Maria Baez on the CBS hit crime drama, Blue Bloods. In an acting career spanning more than two decades, Marisa has had lead roles in a handful of television series, including General Hospital, Miracles, Spartacus: Gods of the Arena, The Young and the Restless. Apart from lead roles, she has also had guest spots in The Suite Life on Deck, Miami Medical, Rizzoli & Isles, Bones, and Body of Proof, among many others. As a popular actress and model, Marisa has achieved huge success in her long and fruitful career, earning a huge following on social media.

Marisa Ramirez was born on the 15th of September 1977, in Los Angeles, California, United States of America. She is currently 42 years old.

Marisa Ramirez is the daughter of Francine Elaine Maguire and Raymond Trinidad Ramirez. She has a brother named Marcel. She has Mexican ancestry on her father’s side while her mother is got Scottish roots.

Her parents divorced when Marisa was just four years old. She was educated at All Saints Catholic School in Rossford, Ohio, and then attended Ramona Convent Secondary School, an all-girls school in Alhambra, California, from which she graduated in 1995.

Coming to Marisa’s private life, she is a very private person and doesn’t talk usually much about her dating life. For her married life is concerned, it is known that she was married to Nathan Lavezoli from September 22, 2002, to 2011. The reason for the divorce is still unknown.

Following the split with her husband of 10 years, she has gotten into a relationship with someone, whose identity she doesn’t reveal to the public. She has a daughter named Violet Rae, born on May 29, 2016, with that unidentified person.

Marisa Ramirez made her feature film debut with the 2005 zombie film, All Souls Day, directed by Jeremy Kasten. She played the role of Alicia alongside Travis Wester, Nichole Hiltz and Laz Alonso.

Marisa started off her acting career in 1998, guest-starring as Liza on an episode of the teen sitcom, USA high.

In the showbiz since 1992, The California-native got her major break when she was booked for the contract role of supermodel Gia Campbell in the television series, General Hospital, in 2002. In an effort to further her level of success, she left the series after starring in 108 episodes and joined the cast of the short-lived ABC drama, Miracles.

Marisa scored a recurring role in the soap opera, The Young and the Restless, in 2006, in which she gave life to the character of Carmen Mesta, a Jabot Cosmetics public relations consultant. The character was killed off after five months.

After a string of guest appearances, Marisa got her real breakthrough when she was cast Detective Maria Baez in the CBS police procedural crime series, Blue Bloods. Having joined the series as a recurring cast, she became a series regular since its fourth season.

Because of all of her professional accomplishments, Marisa Ramirez has a net worth of $3 million. She has made the most of her fortune through her extremely successful acting career.

Though Marisa is not so active on social media, she’s still managed to have 40 thousand people followed her on her Instagram. She has nearly 35 thousand followers on Twitter.

At the age of 13, she was scouted by a modeling agency and began working as a print model as well as starred in television commercials. Coca-Cola and Special K are some of the TVC’s she has starred in.

She traveled to many countries like Singapore, Australia, South Africa, Hong Kong, and Italy to wok in modeling gigs.

Even though she has been into modeling since she was young, she was too shy to act in the front of the camera. Acting classes helped her to get rid off her shyness and to hone her acting skills.

Marisa was nominated for ALMA and NAACP Awards for her performance in General Hospitals.

She has appeared in music videos for Backstreet Boys’s “As Long as You Love Me,” Jordan Knight’s “Give It To You” and 3T’s “Tease Me.”