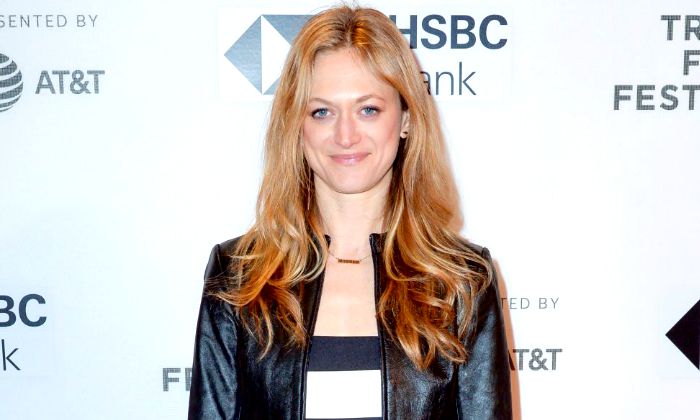 Who is Marin Ireland?

Marin Ireland is an American actress probably best known for her role as Julia Bowman on the Amazon Studios’ crime-drama series Sneaky Pete. She started out as a stage actress in her early 20s by appearing in Nocturne and later won the Theatre World Award for reasons to be pretty. She has performed in a number of stage productions including Caryl Churchill’s Far Away and Marie Antoinette by David Adjmi’s Marie Antoinette. Her television credits include guest-starring roles in Homeland, The Killing, The Divide, Masters of Sex, The Slap and Girls. In 2019, she played Dolores Sheeran, the daughter of a hitman (played by Robert De Niro) in Martin Scorsese’s The Irishman.

Marin Ireland was born on the 30th of August 1979, in Camarillo, California, United States of America. She is currently 40 years old.

There’s not much to share regarding her personal life, including her family and siblings, as she has kept that aspect of her life away from the media to the best of her abilities.

Ireland attended the Idyllwild Arts Foundation in Idyllwild-Pine Cove, California. After graduating from high school, she enrolled at The Hartt School, the performing-arts conservatory at the University of Hartford in West Hartford, Connecticut, from where she graduated with a degree in Bachelor of Fine Arts.

Ireland is currently believed to be single and has stage actor Scott Shepherd in the past. They began dating in 2012 and even acted together in the production of Troilus and Cressida.

Marin Ireland made her onscreen debut in 2004, portraying Army Transcriber in the neo-noir psychological thriller film, The Manchurian Candidate. Based on Richard Condon’s 1959 novel of the same name, the film stars Denzel Washington, Meryl Streep, Liev Schreiber, Pablo Schreiber, and Vera Farmiga, among others.

She began her acting career by starring in a play written by Adam Rapp called Nocturne, which ran at the Hasty Pudding Theatre in Cambridge, Massachusetts in 2000 and a year later at the New York Theater Workshop in New York City.

Over the years of her successful career as an actress, Marin Ireland has appeared in a number of hit television series and films. Her acting claim to fame includes her part in the crime-drama series Sneaky Pete.

In fact, the success that Ireland’s found as an actress wasn’t that easy. She has come a long way from performing in stage plays to guest-starring in television series to clinching prominent roles in hit television series and films.

As an actress, Ireland has a huge passion for acting which is evident from her works in TV series such as Homeland, The Killing, The Divide, Masters of Sex, The Slap and Girls. Her passion for her career combined with talents helped her to establish herself as an actress in the entertainment industry.

According to authoritative sources, Marin Ireland’s net worth, as of 2019, is estimated to be $1 million. Since her career beginnings in 2000, Ireland has achieved a lot of fame and success in the industry, thanks to her stellar performances and commanding onscreen persona.

Unlike other celebrities who use social media to promote their works and other things, Marin Ireland isn’t that active and mostly refrains herself from using social media. She is active on Twitter to some extent, where she has over 5300 followers and it is the only social media platform where she’s having an account.

Having grown up in Camarillo, Marin is a typical California girl. Her interest in acting is so strong that she’s gotten into acting right after her college graduation.

She has appeared in a little less than a two dozen stage plays across Off-Broadway and Broadway.

She was nominated for the 2009 Tony Award for Best Performance for a Featured Actress in a Play for “Reasons to Be Pretty”.

Ireland and Barbara Walsh have acted together in the off-Broadway production Summer and Smoke.