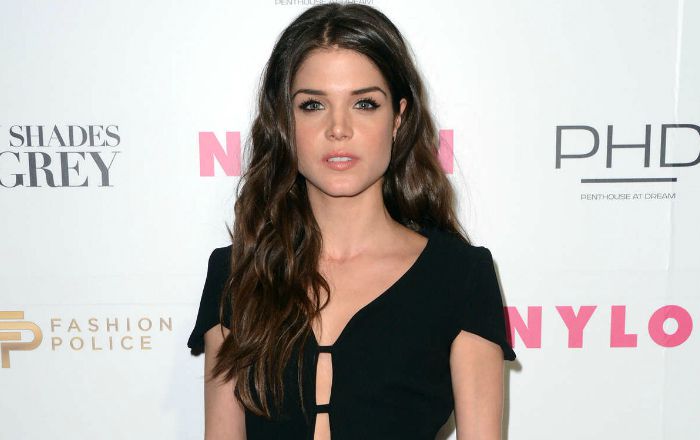 Who is Marie Avgeropoulos?

Marie Avgeropoulos is a Canadian actress and model best known for her starring role as Octavia Blake on The CW’s sci-fi series “The 100.” She received critical acclaim for playing Valli Wooley in the 2009 movie “I Love You, Beth Cooper.” She created a niche for herself in both film and television industries. She has garnered a huge appreciation for her roles as Kirstie in “Cult”, Kim Rhodes in “Hunt to Kill” and Sandra Lowe in “Dead Rising: Endgame.”

Marie is the only child to Greek parents Philip Avgeropoulos and Augusta Avgeropoulos. She graduated from Port Arthur Collegiate Institute. She later enrolled at the Confederation College in Thunder Bay, Ontario from where she majored in broadcast journalism.

Marie Avgeropoulos was romantically linked with actors Taylor Lautner and Shawn Roberts in the past. There’s no information about her current relationship status.

Avegeropoulos made her onscreen debut in 2009 with the comedy movie I Love You, Beth Cooper as Valli Wooley.

Marie made her first TV show appearance as Taylor in Warner Bros. series Supernatural in 2009.

She has appeared in TV commercials for Credit Unions of British Columbia and Toyota Scion.

Marie Avgeropoulos has an estimated net worth of $500,000 dollars.

Avgeropoulos grew up fishing, hunting and camping spending most of her free time outdoors.

She learned to play drums at the age of 16, which helped her to make a career in show business. Her ability to play drums was recognized by a talent scout and landed her roles in various national commercials.

Avgeropoulos was discovered by director Chris Columbus from one of her commercials and successfully bagged a role in the I Love You, Beth Cooper. Her stellar performance in the film opened doors for various opportunities in films and TV shows.

Her breakthrough role came in 2010 when she was cast as Kim Rhodes in the film Hunt to Kill.

She plays one of the main characters Octavia Blake on The CW’s post-apocalyptic science fiction television series, The 100 from 2014.

She has a pet dog named Cane Corso.