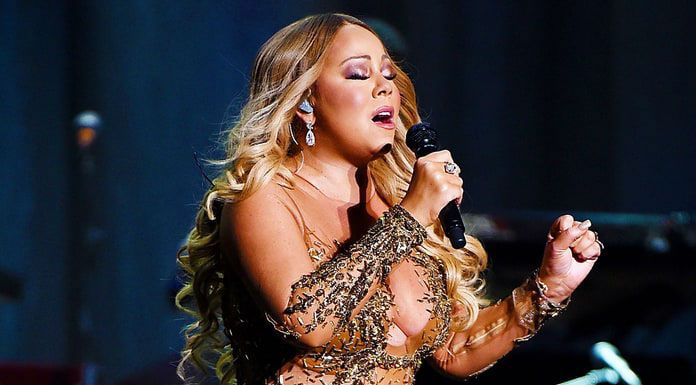 Who is Mariah Carey?

Mariah Carey is an American singer, songwriter, record producer and actress of the millennium. She received international fame and recognition after the release of “Vision of Love” from her eponymous debut album. It has been three decades since she entered the world, and Carey (vocal virtuoso) has become the household name of Americans, who have taken the music to greater heights. She has the ability to hit notes at the vocal range and even push beyond 7th octave shattering the glasses. Over the years, she has sold more than 200 million records worldwide, making her the third best female recording artist in the US, and apparently, one of the successful music artists of all time.

Mariah Carey is the daughter of Alfred Roy Carey and Patricia (née Hickey). Her father was an aeronautical engineer of African American and Afro-Venezuelan descent while her mother was a singer of Irish descent. Her mother was disowned by her maternal family as she married a black man. Her parents divorced when Carey was three years old and she moved in with her father while her siblings, Allison, Morgan Carey were raised by her mother.

Marcus Schenkenberg (1998) – Dual citizenship holder, a Swedish model, Marcus had a brief relationship with singer Mariah in 1998. This happened when they first met at P. Diddy’s birthday bash.

Nick Cannon (2008-2015) – Carey began dating American rapper and actor, Nick Cannon in February 2008 and got married on April 30 of that year. They together have two children named Moroccan and Monroe Cannon. They got separated in August 2014. Their divorce finalised in April 2015.

In June 1990, she produced her first album titled Mariah Carey alongside Columbia Records. The album charted several top music countdowns in the US, sold more than 15 million copies in the world with a status of 9x platinum in the USA.

Carey made her debut in acting with the 1999 romantic comedy film The Bachelor.

She had featured in four episodes of the late night television show, Saturday Night Live from 1990 to 2008.

Being the most successful pop star of the 21st century, Mariah has accumulated an insane amount of wealth throughout her career. She has an estimated net worth of $320 n. Her world of music is created and designed by all her alone, reserving her a spot in the top wealthiest female singers list.

Her journey from a normal adolescent to one of the best selling female artists in the world is prodigious, awe-inspiring and her life being inspired by the rising singers. Speaking about her wealth, she has insured her legs for a whopping $1 billion US dollars. Her mountain of fortune comes from singing, international tours, endorsements, investments, and not to mention television and movie appearances.

The goddess of charismatic Mariah owns several exquisite mansions and estates in the US. She owns an uber-luxurious Triplex apartment located at 90, Franklin Street, New York, U.S. Designed by interior designer Mario Buatta, the home has the Art Deco influence that comes from the architecture of the building erected during that time.

Mariah owns an ultra-exclusive holiday gateway overlooking the beach with pink sand on the Windermere Island in the Bahamas. The house features fours detached building boasting 4 bedrooms and 5 bathrooms with all the features required for the songstress to have a perfect holiday.

The Fleur De Lys, Mariah and her ex-husband Nick Cannon’s regal and titanic estate sits on 5 acre land of Beverly Hills, which is dedicated to luxury and style. The 41,000 square feet mansion features a  huge library, 50-seater screening room, a ballroom, a private jogging track, a spa and a pool with pavilion, a championship sized tennis court and a garage space for nine cars. It also includes a 3,000 square foot manager’s house along with staff quarter for 10 people.

She was named after the song “They Call the Wind Maria”, originally from the 1951 Broadway musical Paint Your Wagon.

Carey supplemented herself in her early career by doing odd jobs like hat/coat-checker, hostess, hair sweeper in hair salons, and waitress.

She developed an interest for songwriting at a young age and produced her first song “Here We Go Round Again” when she was in her senior high school.

Carey’s rise to a star in the music world began in 1990 when she collaborated with record producer, Tommy Mottola, released her first album titled “Marish Carey”, which charted the top of the Billboard 200.

She is the only female artist to have eighteen number-one songs on the US Billboard Hot 100 charts.

Her single “One Sweet Day” holds the record for the single staying most weeks at #1 on the Billboard Hot 100, which topped the chart for a record 16 weeks.

In 2002, she was placed at #36 on the Sexiest Girls list by the American edition of FHM magazine.

Carey suffered a decline in her career in the early 2000s due to which she had an emotional breakdown and was hospitalised fro exhaustion. She bounced back with the release of The Emancipation of Mimi in 2005, which reached the top of several music charts, becoming the best-selling album in the US and the second-best-seller worldwide that year.

She has insured her legs for $1 billion.

On August 5, 2015, Carey was awarded a Star on the Hollywood Walk of Fame for Recording at 6270 Hollywood Boulevard in Hollywood, California.

Her fans are referred to as “Lambily”.

In a career spanning over 20 years, Carey has sold over 200 million records worldwide, making her one of the biggest-selling artists in music history.